All posts by: Vince Power

By now, we’ve all heard of Docker containers, which have received lots of attention from developers and IT Ops teams for their ability ..

The Evolution of Container Security, 2013-Today

In the early days of Docker, container security solutions were pretty primitive. But as containers have grown in popularity and gained a massive ..

Best Practices for Compliance in a Cloud-Native Environment

Compliance is one of those things that most of us don’t like to think about (unless you’re an auditor, I suppose), but that you have ..

Every major cloud provider has some form of Identity and Access Management (IAM) that is used to secure resources within their platform. ..

Logs aren’t going anywhere, and good log management is the basis from which every successful application support and operations team manages .. 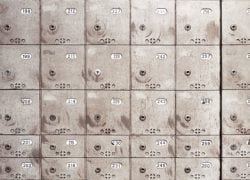 Containers vs. Serverless vs. Virtual Machines: What are the security differences?

Just over 30 years ago, virtualization was only available to those with mainframes and large minicomputers, while security concerns were ..

2018 will not be a year of massive disruption in software testing—or so I think, at least. Here’s a look at the changes (from IoT to security ..

Serverless Comparison: Lambda vs. Azure vs. GCP vs. OpenWhisk

Serverless computing adoption is growing at exponential rates. As with any technology market experiencing hyper-growth, there is a constant ..

Kubernetes is more popular than ever. As a result, securing Kubernetes clusters is now more important than ever. This is not necessarily ..

There are many ways to improve application availability. You can add more infrastructure in order to provide more resources to power your ..