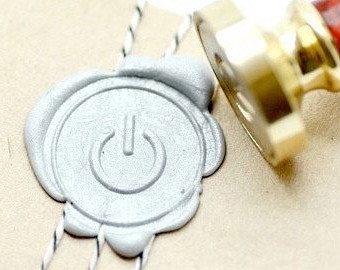 Containers as System of Record

You know a technology is advancing when techies in highly regulated industries find a way to leverage tech to solve real problems. A few years ago, the GSA did something amazing with a modern delivery chain. And now, in health care, TGen, a company that does genomics research (which is one of the most sensitive forms of personal information) not only found a use for containers to improve their development environment, they also found a use to solve a problem they have faced for years.

The benefits of containers: Immutable infrastructure

One aspect of containers that is sometimes contested but clearly part of their core value is their ability to be immutable. For TGen, this, and the ability to reproduce stacks from the operating system (up to application and data) was a huge benefit.

The problem they struggled with was trying to replicate test runs which were not only predicated on the data in the test, but also the systems that the tests ran on. Here, we are talking old-school technology and versions of software that would have to be re-created each time they wanted to revisit a test result. TGen CIO James Lowey said about the issue:

“Reproducibility is critical. We want to ensure that the same result can be generated five or more years from now.”

In genomics, each patient study has terabytes of data, unique software versions, and unique flows. Clinical genomics is subject to protected health information (PHI), and is the most personal of personally identifiable information (PII) there is. Containers are not only useful for optimizing the delivery chain of these studies, but also for ensuring data security—and they are repurposable on an individual basis.

Persistent storage, however, is a huge challenge, and arguably the place where Docker containers fall short the most. You can put all the data in the container, but this diminishes portability. And hefty containers can be counter to the entire benefit containers provide. James Lowey was committed to solving the problem because he realized that the benefit of a system built on immutable containers would have long-term benefits to the organization. And fortunately, vendors in the market are working to solve it as well.

He chose to leverage Portworx for persistent storage, and Kubernetes for orchestration—a very modern approach to an old problem, and driven by a real business need.

The power of immutable

Now, when a test is run, it’s hermetically sealed. The test runs are reliable, repeatable, and secure. And the data is as portable as the container itself.

What is so unique and interesting about this use case is the primary driver.

Lowey was not trying to create a modern startup. He was not trying to show his competitors that the delivery chain is bleeding edge. He had a real problem to solve, and containers were the solution. That’s exactly how mature technology is adopted: Identify a problem, and see if there are better ways to address it. About containers as a solution, he said:

“TGen is a leader in genomics, and technology plays a critical role in that. We are always looking for solutions to challenges that arise while conducting cutting-edge research. “

It also was not about the delivery chain. Most implementations of containers are DevOps- focused, all about application releases and microservices. In this case, that was a benefit, but integrity of tests over an extended period of time was the priority.

Containers can be more than code

The resulting setup allowed the organization to treat genomics studies in a way similar to agreements. The delivery chain became a repository for study processes and data, and each container, a system of record that was a stamp in time, place and state for individual, unique studies.

This helps the development team be free from the burden of considering separate studies and versions of components of their stack. They can focus on developing forward-looking functionality—not walking on thin ice to avoid changes that could impact current scenarios.

The days of “containers are cool” and developer hype are over. Now we get to talk about applications of technology in enterprises and highly governed sectors that are going to provide value to everyone. And TGen is one example. TGen can now be more efficient, reliable, and provide even better service to their customers by using containers in a unique way.

Set Up Nagios to Monitor Your Infrastructure