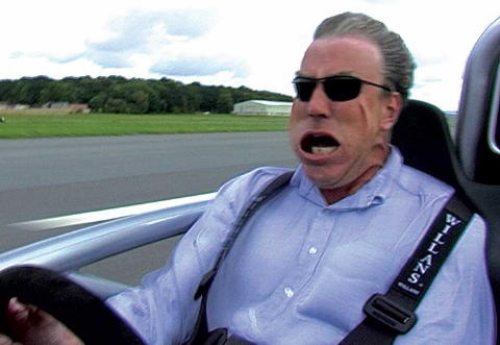 Developing A High Performance Recommendations Engine with Redis and Go

Next generation user facing applications are expected to include a built-in recommendations engine that tells the user what he or she’s likely to “like,” “purchase”, “read” or “listen to” next. Redis, the popular open source, in-memory database known for its in-database analytics capability, and Go, an open source programming language that makes it easy to build reliable and efficient software, combine to deliver a simple, high performance recommendations engine that doesn’t require many system resources. This paper outlines the algorithm and code necessary to implement a collaborative filtering approach to generating recommendations.

The supporting code can be found at https://github.com/RedisLabs/redis-recommend.

What is a recommendations engine?

A recommendations engine is an application or micro-service that presents users with the choices they are most likely to make next. Recommendations could include the next music track a user is likely to want to hear, the next movie that they might watch or the next step they’ll choose while making a reservation.

At a system level, recommendations engines match users with items they are most likely to be interested in. By pushing relevant, tailor-made items to users, application developers can encourage users to purchase relevant items, increase their time spent on a site or in the app, or click on the right ads – ultimately helping maximize revenues, usage or eyeballs.

Approaches to building a recommendations engine

There are two basic approaches for building recommendation engines:

This approach relies on classification by a large number of item and user attributes, assigning each user to possible classes of items.

This approach taps into user behavior and makes recommendations based on actions made by other users with similar behavior.

Both options are easily implemented with Redis, but the collaborative filtering approach fits real-time use cases best, so we chose this as the basis of our simple Redis recommendation engine.

This project demonstrates how to build a recommendation engine with Redis, using code written in Go and the Redigo client library.

Redis is an open source (BSD licensed), in-memory database platform store, which can be used as a database, cache and message broker. Redis data structures are like “Lego” building blocks – they simplify the implementation of complex functionality, and are extremely efficient because data operations are performed in-memory, right next to where the data is stored, which conserves cpu and network resources.

We will demonstrate how some Redis data structures can tremendously reduce application complexity, while delivering very high performance at high scale. For this engine, we mainly use Redis sorted sets and the associated operations.

Why Use Redis for Recommendations?

If you look at the approaches above, both choices need set operations and sorting, and require that each be done very quickly. With Redis data structures like sorted sets, a solution is extremely easy to implement. Also, with Redis running extremely efficiently in-memory, you don’t have to worry about performance under any load conditions. Compared to a disk-based or RDBMS solution, Redis provides orders of magnitude higher throughput at much lower latencies (<1ms), with very little hardware.

With my collaborative filtering example, the algorithm is simple:

For a given user, find the top similar users by:

The main Redis objects in use will be sorted sets. For example, intersect functionality will let us easily find users who rated the same items (zinterstore):

And if we want all the users who rated a group of items (zunionstore):

Note that for our algorithm, this is all the input data we need!

To get items for a user:

Step 2 – get candidates for similarity:

In order to get the similarity candidates for user (U), we need the union of all the users that have mutually rated items with U. Let’s assume U rated items I1, I2, I3:

note: We stored the union in a temporary sorted set, “ztmp”.

Now let’s use ZRANGE to fetch:

Step 3 – Calculate similarity for each candidate:

Now we need to calculate the similarity for each of the candidates. Assuming users U1 and U2, we want the RMS of all the differences in the ratings of the items rated by both users. Redis gives us ZINTERSTORE, so we can get the intersection between U1 and U2 items.

In order to calculate the rating difference, we can use weights. Multiplying U1’s ratings by -1 and U2’s ratings by 1 will give us:

After calculating the RMS on the client side, the results will be stored in the sorted set user:U1:similars.

Step 4 – Getting the candidate items:

Now that we have a sorted set of users similar to U1, we can extract the items that the similar users rated. We’ll do this with ZUNIONSTORE with all U1’s similar users, but then we need to make sure we exclude all the items U1 has already rated.

We’ll use weights again, this time with the AGGREGATE option and ZRANGEBYSCORE command. Multiplying U1’s items by -1 and all the others by 1, and specifying the AGGREGATE MIN option will yield a sorted set that is easy to cut: All U1’s item scores will be negative, while the other user’s item scores will be positive. With ZRANGEBYSCORE, we can fetch the items with a score greater than 0, giving us just what we wanted.

Assuming U1 with similar users U3,U5,U6:

The last step is to calculate a score for each of the candidate items, which is the average rating given by U1’s similar users.

To get all the ratings of an item (I) given by U1’s similars, we intersect the two sets and take only the item scores by using WEIGHTS:

The average score given by the similar users will be calculated on the client side. The results will then be stored in a sorted set named user:U1:suggestions.

How to Use The Engine

Get (n) suggested items for a user:

Get the probable score a user would give to an item:

getSuggestCandidates returns an array of strings containing the items rated by the input user similars:

Then we can build the argument list for a ZUNIONSTORE command to store all the items that similar users rated, except the ones the input user already rated. To achieve this, we add the “WEIGHTS” option with a -1 multiplier to the input user, along with the “AGGREGATE MIN” option:

We then filter only the positive results with ZRANGEBYSCORE:

Finally we delete the temporary set and return the result:

As you can see from the above, with Redis sorted sets, it becomes extremely easy to implement functionality for a recommendations engine. You can even generate similarities using location, demographics, time or other parameters. Redis makes it simple and extensible to do so, due to its variety of data structures.