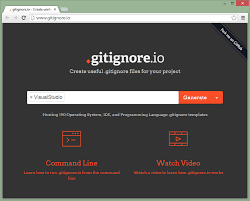 Do More with .gitignore

If you have worked with Git before, you may be familiar with the .gitignore file. Gitignore is a tool that lets you intentionally ignore untracked files, and it’s an easy way to avoid committing files from your working directory that are not useful to other collaborators, such as compiled files (*.o, *.pyc). It makes it easier to scan for new files or changes that you want to commit to the project. In this post, I will look at leveraging gitignore in more detail.

A common place to create your .gitignore file is at the root of your Git repository. 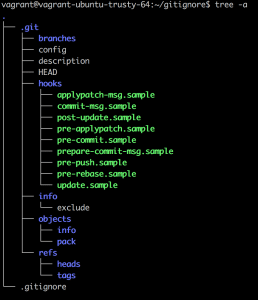 Once you have created the file, you can apply the patterns for files you want to ignore (see below, or check the documentation). In order for the patterns to apply, you would need to add and commit the .gitignore file with the following commands:

While placing the .gitignore file at root level of the Git project is one way to ignore untracked files, Git checks for ignore patterns from multiple sources. Git evaluates patterns based on the following order, with the last one dictating the outcome.

Some Best Practices for .gitignore

As mentioned before, it is generally good practice to include output files, log files, and any other files that let other developers avoid commits in the .gitignore file. It is also important to consider which file to place ignore patterns in. For instance, you should not use the .gitignore files in a repository to ignore files that only appear for you, such as editor-specific swap files; instead, consider using core.excludesFile.

Sometimes a pattern is formatted in a way that unintentionally excludes files. You can debug and see what is ignored with git-check-ignore:

To stop tracking a file in order for it to be read by gitignore, use the following command:

Here is an overview of .gitignore pattern formatting. 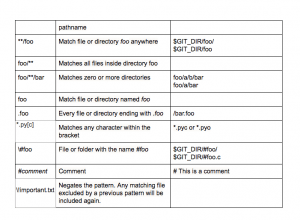 There are existing .gitignore files out there for a variety of languages and frameworks. Gitignore may be worth looking at as a starting template, or as a means to examine best practices that you may have previously missed. You can find templates at the /github/gitignore repo or you can generate one at gitignore.io. There are many considerations involved in creating a .gitignore file, and I hope what has been presented here serves as a good starting point for you going forward in your projects.

Why Companies are Migrating to Security-as-a-Service


Node.js v8 Error Tracking Improvements: How to Use Them in Real Life