Docker Deprecated in Kubernetes – What you need to do


In IT Infrastructure
devops · kubernetes

In this article, we explain why Docker was deprecated in Kubernetes, and why this deprecation was necessary. We also explain what it means for developers and what measures you can take to continue running your Docker container runtime images.

If you are a DevOps Engineer, Systems Administrator, or simply someone who is familiar with Linux-based applications, you may have come across the term containers or containerization. This technology makes it possible to run platform-agnostic applications (more on this later). The first container runtime engine that popularized containerization is Docker. Other new technologies such as CRI-O and Kubernetes (K8s) were later introduced. However, Kubernetes has recently declared that it is no longer supporting Docker engines.

The Internet defines containerization as a deployment approach whereby the software code, together with all the necessary frameworks needed to run the application – libraries, dependencies, configuration files, binaries – are bundled and isolated into something we call container images. This makes it possible to run a containerized application regardless of the operating system or infrastructure being used; i.e., platform agnostic. It also saves DevOps engineers from having to do extra work on configuring each infrastructure or platform.

The Real Issue – Deprecation of Docker

In December 2020, Kubernetes, which is an orchestration tool for managing multiple container runtimes, announced that it has deprecated its support for the Docker runtime engine. This news raised a lot of concerns as several enterprise applications are using Docker-based container images. You may wonder, “Why did Kubernetes drop support for Docker?” To answer this, we need to understand the composition of these technologies. Perhaps, that may provide some insight.

The Docker runtime is one of the popular container runtime engines. In fact, according to Docker, over 3.5 million applications have been containerized using Docker. The growing need for managing multiple dockerized applications necessitated orchestration and scaling tools such as Kubernetes, which is a product of Google. This means that several Docker applications can run in a Kubernetes cluster. A typical docker engine (the core part of Docker) has 3 components:

The diagram below depicts the components of the Docker engine. 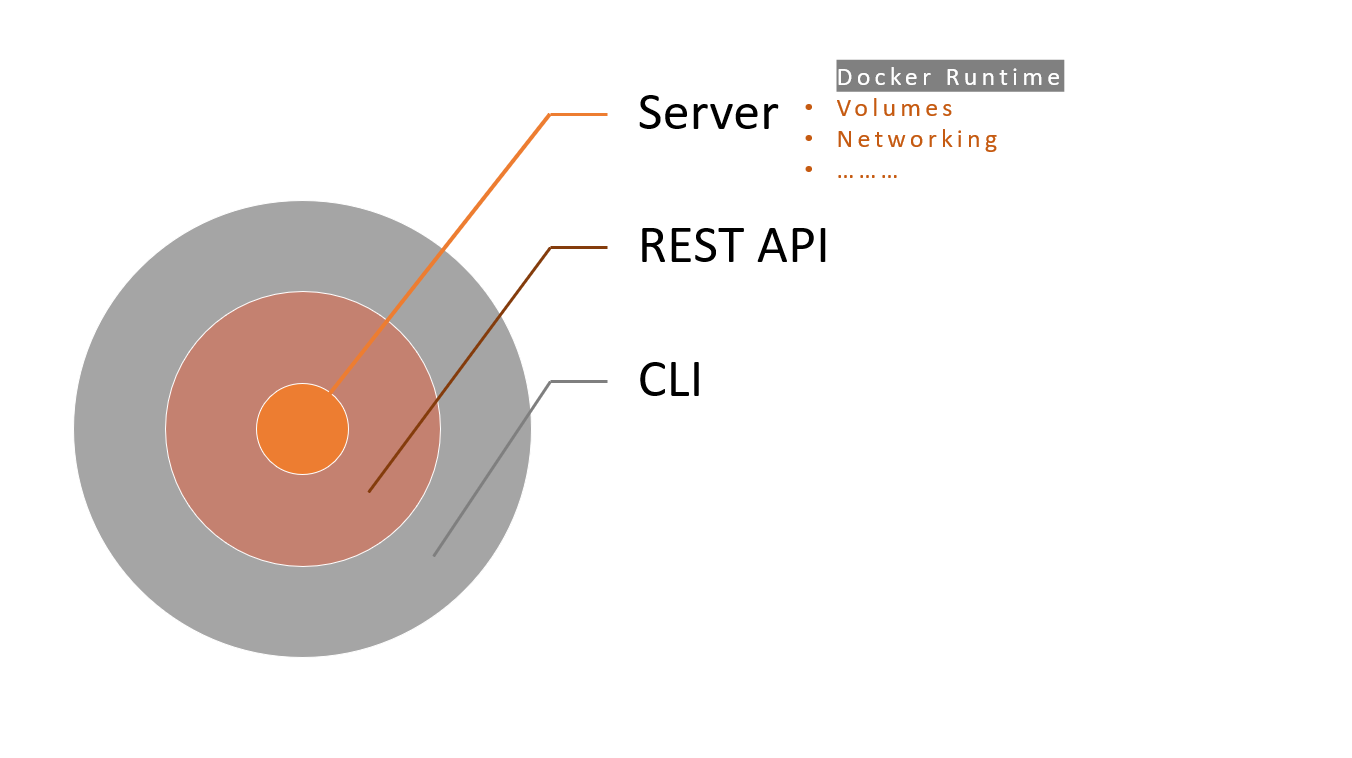 Zoom in to Docker Runtime – Dockershim

From the image above, the only component that Kubernetes needs to run and execute containers in the cluster is the Docker Runtime Engine, a sub-component of the Docker server. This is largely because Kubernetes has its own infrastructure that manages the other components such as volumes (K8s), networking, storage, APIs and the CLI (Kubectl). Internally, the Docker runtime engine has another library or interface called dockershim, that allows Kubernetes to run or support Docker-based containers. The dockershim, now owned by Mirantis, is actually what is being deprecated and will eventually be removed from the Kubernetes code in later 2021.

A new standard called Container Runtime Interface (CRI) was instituted to define protocols and guidelines that make it easier to integrate different container runtimes into an application such as Kubernetes. Sadly, the Docker in-built runtime, dockershim, does not comply with the CRI. Consequently, it became a burden for Kubernetes maintainers to manage the dockershim runtime. For this reason, Kubernetes announced the deprecation since…

What are the Alternatives to Docker?

Besides the Docker engine, there a few container runtime engines that are currently supported on Kubernetes, and available on Amazon’s Elastic Kubernetes Service (EKS), Microsoft’s Azure Kubernetes Services (AKS) and Google Kubernetes Engine (GKE). These alternatives or substitutes are:

What Should You Do Now?

If you have an application that uses Docker containers and is running on Kubernetes, I presume you may be worried now. Don’t fret. Since Kubernetes mentioned that it will continue support for the Docker engine until late 2021, you have ample time to plan your migration to a different runtime. Until then, the action you may take could be influenced by these categories.

If you are a Systems or Kubernetes Administrator who set up a Kubernetes cluster (from scratch) in an on-premise server environment or a virtual machine due to security reasons, you probably installed the runtime engine, networking, storage, etc. on your own. In this case, you need to take action. And that is by changing your container runtime to either containerd or rkt, or CRI-O as highlighted above. Again, you have up until late 2021 to apply these changes. If for some reason you still want to use Docker runtime, you could install the dockershim as an external and standalone container runtime in your Kubernetes cluster since Docker and Mirantis plans to make the dockershim an open-source project.

The purpose of this article is to explain why Kubernetes dropped support for the Docker runtime engine. It also suggested some alternatives to the dockershim runtime, which can be used on a Kubernetes cluster. Lastly, it highlighted actions points to take if you are a Kubernetes Administrator or a DevOps engineer.


Primrose Katena is a software engineer, entrepreneur and technical writer. She strongly believes entrepreneurship and technology are positively impacting the world. She has worked in the IT industry in Zimbabwe and Entrepreneurship in Ghana. Ms. Katena loves sharing tech knowledge with other developers through writing.

Managing Reliability for Monoliths vs. Microservices: The Challenges for SREs