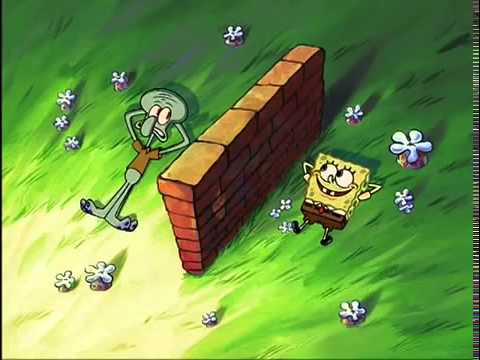 
In IT Infrastructure
docker

For various process or regulatory reasons, many software teams need to show tight access controls and segregation of duties in their software environments.  For example ensuring that:

Traditionally, this has been done at the UNIX level and within deployment tooling, though sometimes teams have to rely on processes and trust to ensure that this is in place. This is a common audit failure.

But how do we achieve this in a containerised environment? The Docker Datacenter – specifically Trusted Registry and Universal Control Plane punch very hard in allowing us to achieve this. In this article we will walk through how.

The first step in locking down access comes at the repository level. The Docker Trusted Registry (DTR) gives us fine grained control over who can push specific artefacts to the repository and who can download them.

Within the Trusted Registry, we have created two users. A developer and a tester. They are allocated to development and testing teams with our organisation, Acme Corp.

A repository has been created within acme_corp called my_application.  The developers have read and write access to it.

Whilst the testers are limited to read only access.

When the developer logs in, he can push to the docker registry successfully.

But when the tester logs in, he receives an unauthorised error when attempting to push:

This simple piece of role based access control means that only authorised people can change the images which represent our applications.  Any changes made to our containers are audited, including, who, where and when the change was committed.

Docker Trusted Registry integrates with the Universal Control Plane (UCP).  UCP provides a GUI for managing containers on a back-end Swarm cluster, and provides role based access control for all actions within the GUI.

Users are integrated between DTR and UCP, so our users created in DTR already exist in UCP. However, the teams are not integrated into UCP. I’m not sure if this is by design or if they will be integrated in future.

Our aim is to ensure that only production support are able to deploy into the environment in order to demonstrate segregation of duties. To start with, we can ensure that developers have no permissions by default: 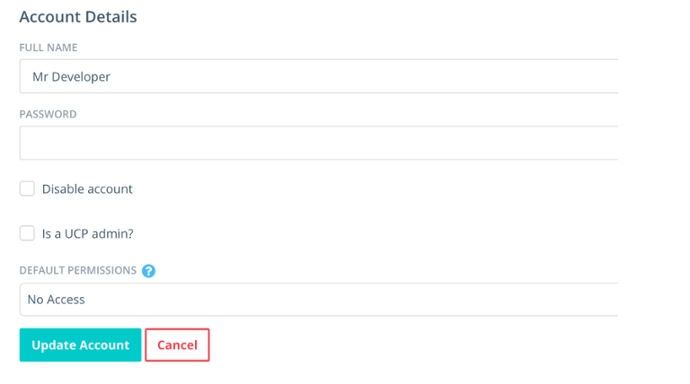 When they try to deploy, they will receive the access denied error shown below. 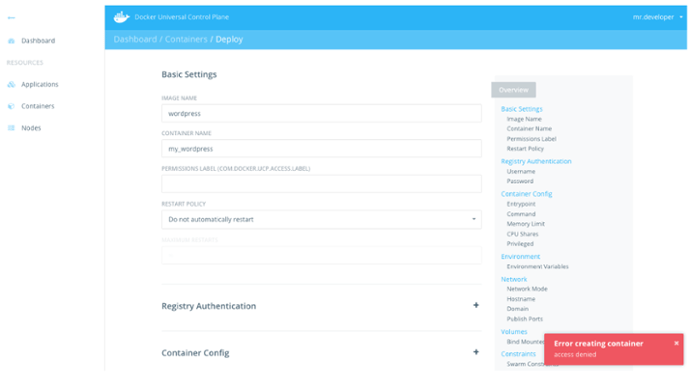 Our production support user however has the required access to deploy.

When we combine steps 1 and 2, we have demonstrated how only developers are the only ones who have access to commit artefacts, and production support are the only ones with ability to deploy. An intermediate step could be included where only testers can deploy to test environments, or we could also model the role of deployment engineers.

By default, users can only see their own containers. The Universal Control Plane allows us to group users into teams so they can see each others containers, and then add a layer of fine grained controls to certain classes of containers.

Another group, testers, have view only access on resources with the label ‘prod’. They aren’t allowed to start or change anything about containers with this access label.

This permission access label is set at container deploy time. This results in it being added a a label with the key COM.DOCKER.UCP.ACCESS.LABEL:

Any member of the production support team will see and have ability to administer this container. However, our tester does not have access to stop the container. 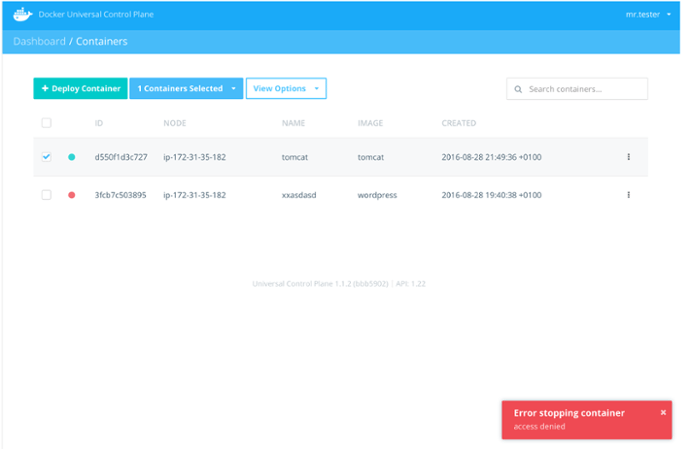 It also enables multi-tenancy, where different groups or different application teams can share a UCP instance. Environments such as development, test, and staging can also be hosted on the same UCP and access controlled using labels in the same way.

Another step we can take to further segregate the two instances and demonstrate clean separation between environments is to create two segregated instances of the Docker Datacenter runtime.

Development takes place in one segregated network. The developer checks into a DTR which is integrated with UCP. DTR & UCP have exchanged certificates to ensure that they are trusted.  Only testers are able to deploy into the environment.

When a release candidate is ready, the developer checks into the production trusted registry. Only a production support engineer has access to perform the deployment through UCP. Again, certificates are exchanged and the network is segregated so the UCP cannot pull from the non production DTR.

Again, there are various options here such as introducing a deployment engineer, or using a CI server such as Jenkins to handle the build promotion. 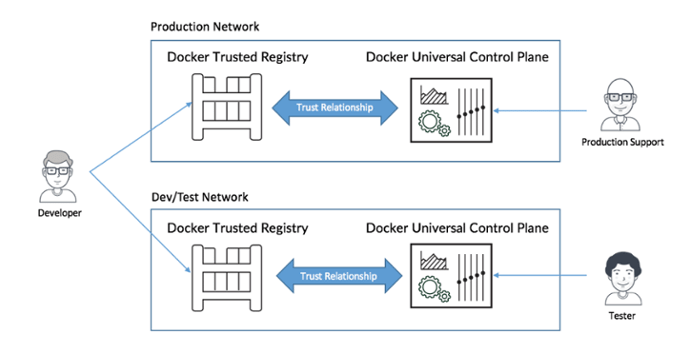 A Word On DevOps

We are obviously hoping to move away from traditional teams, release engineers, and rigid handovers described here. For many organisations, it would be a terrible shame to recreate these processes as they adopt containers.

However, sometimes we can’t get away from the need for segregation of duties for regulatory reasons.

One thing that we advise at Contino is that even if need to show segregation of duty, we can still do it using the kind of tooling supported role based access control even if the people sit as part of the same team.


Benjamin Wootton is the co-founder of Contino. He has worked with tens of enterprise organisations on DevOps transformation and is a hands on DevOps engineer with expertise in cloud and containers.

From Fred Brooks to DevOps: A Brief History of Software Delivery