Exciting Uses for AI in Biotech

Artificial intelligence (AI) has made its way into almost all aspects of our lives, whether we know it or not. One of the industries currently experiencing an explosion of AI technologies is biotech.  Here’s a list of some of the most exciting uses of AI, advancing pharma, biotech, and healthcare.

AiCure – Imagine that you’re conducting a clinical trial on a revolutionary new drug that could cure depression if taken regularly, but you can’t trust your trial participants to take that drug regularly. How will you know if that drug actually works? AiCure has developed an app that uses AI to determine if and when the patient takes a pill. As a patient, you would open the app, hold the phone up to your face, open your mouth, put the pill in, swallow, and open your mouth again to show the AI that you’ve taken the pill. Problem solved.

Honestly, when I met the CEO of this company and he told me about this app, I didn’t think it would be a success. Then I found out that patients missing doses and lying about it is a huge problem in clinical trials, and can cause a drug to fail, costing pharma companies up to half a billion dollars. AiCure is currently being used in several clinical trials, and is the recipient of numerous awards for the AI technology.

AlphaGo Zero – Created by DeepMind, an AI company owned by Alphabet Inc., AlphaGo Zero is the latest and greatest in self-taught software using no human-derived datasets for learning. By playing the ancient strategy game of Go against itself for only three days, AlphaGo Zero was able to beat its predecessor AlphaGo Lee, winning 100 games to 0. It also used only a fraction of computing power, running on only four Tensor Processing Units (TPUs), chipsets optimized for machine learning created by Google. Now putting it to practical use, algorithms based on AlphaGo Zero are being created to predict protein folding. 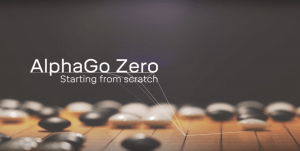 Being able to predict how a protein is folded, and thus determine the 3D structure, is extremely important when developing new drug therapies. Most drugs work through a physical interaction with a protein within the human body, either activating or inhibiting it. For this interaction to occur, the drug must be extremely precise in where it binds to the protein, and a protein structure must be known. Unfortunately, very few proteins have a known 3D structure. The current method for finding the structure is through a technique called crystallography, which has an extremely low success rate. Thus far, even supercomputers have failed to virtually predict the structures of proteins. If AlphaGo Zero is successful, it will revolutionize drug discovery.

SOPHiA Genetics – SOPHiA is what SOPHiA Genetics calls their collective AI used for genomics analysis of next-generation sequencing (NGS) data from hospitals and research institutions worldwide. The AI has analyzed over 150,000 patient genomes, and processes thousands more each month. The advantage SOPHiA has over other AI systems for NGS data processing is the breadth of new data used to continually learn, resulting in extreme accuracy. 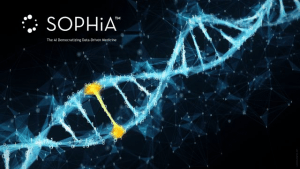 When sequencing an individual’s genome, accuracy is crucial. A sequence with just one mistake in a critical spot could drastically change a diagnosis. The availability of a dependable, easy-to-use, and standardized NGS data analysis platform is an essential piece to complete the promise of precision medicine, which relies on matching a therapeutic to a specific gene signature for maximal efficacy. With 370 hospitals having already adopted SOPHiA for NGS data processing, it’s likely that this AI might actually save your life. 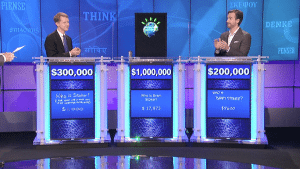 Traditionally, potential drug targets are determined by scientists with deep knowledge of the disease and the relevant molecular biology. Humans, however, can only process and remember so much information, even after years of studying. Keeping up with the overflow of information continually being published is a significant problem facing today’s scientists. Luckily, Big Data processing is something that AI is great at. Watson has been configured to comprehend scientific terminology and uses natural language processing to make novel connections between disease and potential drug targets. Watson can read and understand a massive array of data, including scientific articles, patents, clinical trial data, electronic lab notes, toxicology reports, and other proprietary data.

IBM isn’t the only company with AI technology harnessing the power of biological discovery, though. In fact, there is not enough room in this article to name the slew of companies offering similar AI platforms. What makes Watson stand out is its published successes and big-name collaborations. It was recently announced that Pfizer Inc. is using Watson to accelerate immuno-oncology research, a newer field of oncology with a lot of room to grow. AI for the identification of drug targets is an extremely exciting advancement that will undoubtedly lead to better and faster therapies for all kinds of diseases.


Kristen Slawinski has a Ph.D. in Biology from UCSD and is now a freelance writer for the biotech industry. She started off as a Chemical Engineer at Amgen Inc. but followed her passion in biology to graduate school. She has a passion for all things science and is especially interested in technical advances in biotech and medicine.