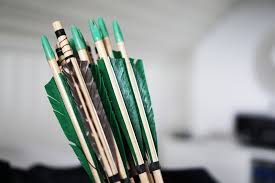 Getting to Grips with Arrow Functions

Arrow functions are undoubtedly one of the more popular features introduced in JavaScript ES6. For those who have no clue what ES6 is, it’s a new JavaScript implementation that brings new features, including the concept of arrow functions. This article will give you a quick introduction to arrow functions, their syntax, and a few pros and cons.

So, what are arrow functions?

With most of the common programming languages, we’ve gotten accustomed to having a parentheses each time we create a function. However, with arrow functions, when there is a single argument, you can remove the parentheses around the argument. Let’s consider the example below.

Arrow functions can also be used to return an object literal expression. However, to do so the body needs to be wrapped in parentheses to distinguish between a block and an object.

Consider the following regular JavaScript function. The function simply returns the sum of the parameters and prints it to the console.

This same function can be expressed as an arrow function with just a single line of code. We are able to omit the curly brackets and the return statement.

No binding of ‘this’

Drawbacks of arrow functions
Now we know the ‘this’ keyword works differently with arrow functions. In addition, it’s important to note that the methods apply(), bind() and call() will not change the value of ‘this’. If you would like to have a dynamic ‘this’, you’ll have to use regular function expressions. Therefore, arrow functions cannot be used for object methods.

Arrow functions cannot be used as constructors, as with regular functions. If you attempt to use the keyword ‘new’ to create an instance with an arrow function, it will throw an error. Moreover, arrow functions do not have a prototype property.

I hope this was an informative introduction to arrow functions.


Frederick Plange is a computer science major at Ashesi University, one of the top universities in Ghana aiming to develop ethical and entrepreneurial leaders to transform the nation. Frederick is a focused and goal driven individual that is passionate about technology and computers