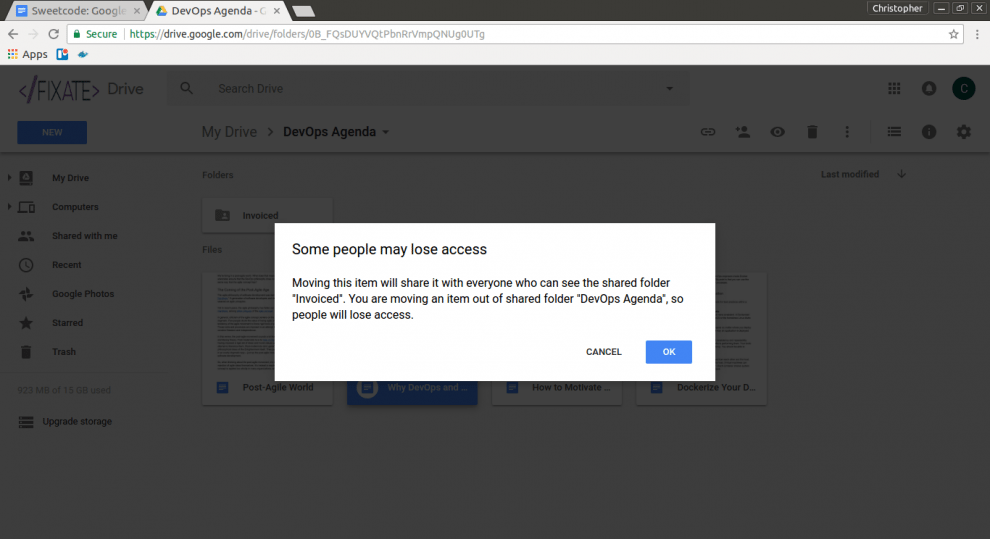 UI and UX designers have a lot to learn from Gmail, Google Docs and other Google online apps. While Google does many things well from a usability and user-interface standpoint, it also makes some big mistakes. Here are my top five peeves about Google app usability.

For the record, I don’t think all of Google’s apps are flawed from a usability perspective. On the contrary, I like them very much overall. If I didn’t, I wouldn’t use them for virtually all of my productivity, team collaboration and writing needs.

That said, there are several places in which Google app usability could clearly stand some improvement.

I have a Project Fi phone and Hangouts to integrate texts and voicemails into my Gmail interface. While the integration is stable and seemingly free of bugs, it is missing key usability features.

For example, the Hangouts app on my computer doesn’t store the names of my contacts. As a result, when I want to send someone a text from the computer, I have to know their phone number. I can’t just start typing a name.

The 1990s have come and gone. Committing phone numbers to memory is something that no one is supposed to have to do in our age of smartphones and cloud-based everything. I can barely remember my own phone number, let alone those of people unfortunate enough to be on my contacts list. Yet because of a pretty basic usability flaw in Hangouts, you have to remember phone numbers (or go to your phone and look them up) if you want to use the Google Hangouts desktop integration. (This problem does not exist when I use Hangouts from my phone.)

Whenever I move a file within Google Drive between different shared folders, Drive warns me that moving the file “may” cause some people to lose access. The warning looks like this: 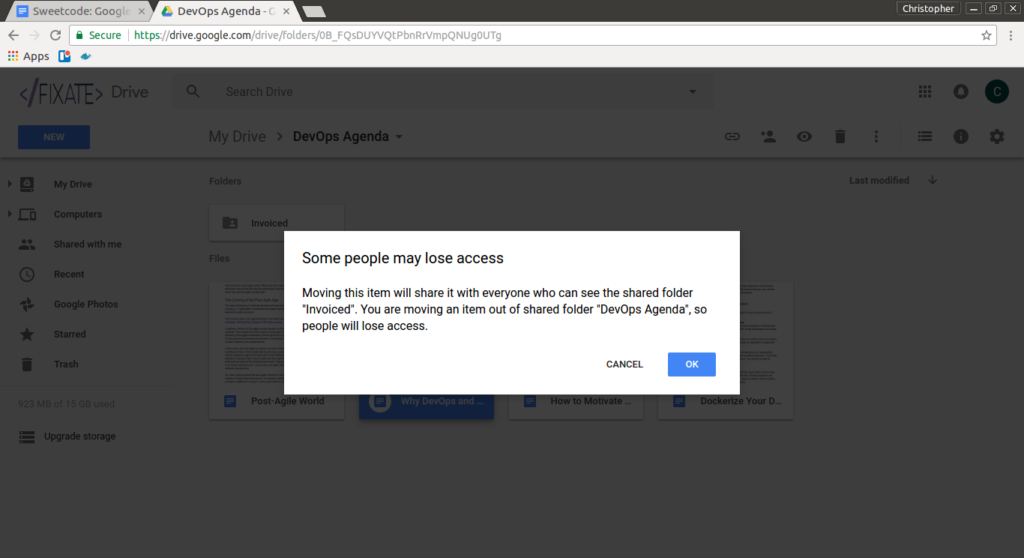 There are two problems with this message. First, it tells me both that people “may” lose access, and then, later in the message, that people “will” lose access. Which is it, Drive? May and will do not mean the same thing.

Users don’t like being told that things may or might happen, and you shouldn’t tell them that something may happen, and then tell them that it definitely will happen—especially if it may not actually happen! The solution to this problem is for Drive to 1) check to confirm whether access will actually change for anyone before issuing this warning, and 2) if access will change, communicate that to the user in clear, definitive terms (which means avoiding words like may and might).

The second issue with this warning dialog in Google Drive is that I should be given the option to opt out of these warnings. I should be able to check a box that says something like “Don’t warn me again” when they pop up. But I can’t. So I end up wasting time on redundant pop-ups. If I could get back all the seconds of my life that I’ve spent clicking through these warnings, I could probably make a few sandwiches.

I started using Chrome a while back for work. (I still use Firefox for personal stuff.) Chrome just “feels” faster to me in loading pages, and it seems to do a better job of handling lots of content-heavy pages open at once without consuming so much CPU that my laptop feels like it will burn my palms off.

Yet one thing I really miss about Firefox is the Awesome Bar functionality. In Firefox, you can start typing part of the name or URL of a web page from your bookmarks or browsing history, and Firefox will display a list of matching pages. This feature saves me lots of time and thinking when I am trying to navigate to a page I have visited before.

Chrome kind of does the same thing, but in a worse way. You can sometimes start typing the name of a page you’ve visited previously and get Chrome to autocomplete, but the algorithms don’t seem to work as well. Chrome is pickier. It seems that I have to have visited the page multiple times before Chrome will autocomplete it, and the order in which you enter words in a page title or URL appears to affect whether Chrome will recognize it or not.

There are Chrome add-ons that attempt to replicate Firefox’s Awesome Bar functionality more completely, but I haven’t found one that works as seamlessly.

In general, I like Google Docs a lot. They save all of your work instantly as you type. They are totally cross-platform (which is handy for me, a desktop Linux user). The interface in most respects is pretty intuitive and straightforward.

But there is one thing that kills me about Google Docs: You can’t save images to disk directly from Docs. This seems like a pretty basic feature, but it doesn’t exist.

Sure, you can work around this easily enough. You can copy and paste the image into another program, then save it from there. Or you can download your Google Doc as an HTML page, which will place all of the images from the document inside a folder.

But I shouldn’t have to perform these extra steps just to save an image. I can save any image on a normal web page directly to disk using my browser, but Google Docs overrides this functionality and doesn’t provide a replacement.