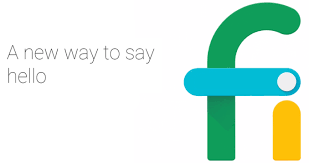 A Google Project Fi Review from a Geek’s Perspective

Project Fi is the latest, greatest way to get cell phone service in the United States. Fi is a wireless service from Google. Google says the offering was built with modern user expectations and technology in mind—in contrast to traditional cell phone plans, which were conceived when the way people used cell phones, and the technologies that powered them, were very different.

I’ve been using Project Fi for my wireless plan for about a year. Below, I’ll take a look at how it has worked out—with an emphasis on how the plan met my needs and expectations as a geek.

For the details on how Project Fi works, you can check out the service’s website. But briefly, here are the main features:

Project Fi also features some neat integrations and tricks, which I’ll get to below. The above is just a basic outline of what’s included in Project Fi service, and how much it costs.

As a geek, I’m someone who likes choice and efficiency. I don’t like technologies or providers that try to lock me in, or that have costs or operating inefficiencies that seem out of proportion with what they actually provide.

With that in mind, here’s what I have liked and disliked about Project Fi since I started using it last year…

There’s a lot to like about Project Fi if you’re a geek. For me, the advantages include:

Project Fi automatically uses a local wireless network for calls when you are connected to one and the signal is good. (It’s possible to disable this feature and always use the cellular network if desired.)

I’m sure part of the reason Google does this is to reduce the cost of providing cellular bandwidth.

But as a geek, I think it’s a great feature for another reason: It helps you get cell connectivity in places where you might otherwise not have it. I learned this firsthand when I bought a new house last fall in a place where cellular coverage was spotty. At first, I had to go outside to make calls. But as soon as I installed Internet service and a router in the house, and connected my phone to the local wireless network, my phone started using the wireless for calls.

This means I now have a great signal anywhere in the house that is within range of the local wireless network—even in my basement, which was a total no-go zone for cellular service before.

The only downside is that features like GPS still won’t work if you’re outside of cellular range (in my experience) which makes sense, because there would be no way to get precise geolocational data over a wireless network.

Maybe I’m just old-school, but I think that phones,  no matter how smart they are, or how fancy their interfaces, still don’t come anywhere close to matching the efficiency of a traditional PC, equipped with a boring old keyboard and mouse, when it comes to getting work done. I can type much, much faster on a PC. Plus, because the PC’s screen is much larger, it can display more information at one time, reducing the amount of task-switching I need to do as part of my workflow. And you can copy, paste, etc. more easily on a PC.

For all of these reasons, I’d much rather use my PC to send and receive texts than my phone.

Fortunately, Project Fi makes that easy. It integrates with Google Hangouts so that you can send and receive texts there.

The Hangouts integration is less than perfect (as I explain below). But for me, it still beats sending texts on a phone all of the time. (To be clear, you certainly can use your Fi phone for sending and receiving texts whenever you want. But when I am in front of my computer, I can also text through Hangouts, which is my preference.)

Data is relatively cheap and the pricing is straightforward

If I want to watch a 30-minute show on Netflix while using data, I can figure out about how much data the streaming video will require, then know within a margin of error of a few dollars how much it will cost me in data to watch it.

That beats my old plan, where data rates varied depending on whether I’d stayed within predefined parameters for a given month or not.

With Fi, this is all a thing of the past. Voicemails get translated automatically to text, and delivered to your phone (and Hangouts) as SMS. You can still listen to voicemails if you want, but I personally don’t think I have done that even a single time since I began using Fi. Being able to read a voicemail text in a few seconds is way more efficient than having to call my mailbox, and listen to a long introduction, before accessing the information that matters.

On balance, the speech-to-text translation isn’t always perfect, especially when it comes to proper nouns. But it’s enough to give you the gist of what the caller was trying to say.

Of course, Project Fi is not perfect. Here’s what I dislike…

Cellular service can be a bit spotty

Google uses Sprint, T-Mobile, and U.S. Cellular to provide cellular coverage for Project Fi users. In general, the coverage I get is fine. But I’d be lying if I said it didn’t come up a little bit short of the coverage I used to get from Verizon on my old plan.

Of course, my experience is anecdotal. Maybe Verizon just happens to have better coverage in my town than the providers that Google partners with.

And the fact that I can make calls over a wireless network means that spotty cellular coverage doesn’t matter as long as I am in a place with WiFi.

Still, once or twice I’ve cursed Google because I couldn’t get a cellular signal in a populated place where you would think there would be one. (In fairness, I used to curse Verizon a lot, too, for other reasons.)

Hangouts integration is kind of bad

With Fi, you can send texts to Hangouts and respond to them from Hangouts. That’s functionality I love and that I couldn’t get from other cellular providers.

But the usability of the Hangouts app just sucks in certain respects that boggle my mind. One is that it doesn’t auto-populate the dialer interface with my saved contacts when I go to send a text. (Because of this, you have to enter a number manually when you want to text someone through Hangouts, rather than type a name and retrieve the contact information for that name that is saved in your Hangouts account.)

This has apparently been an issue since at least 2015, and Google does not appear interested in addressing it. I don’t understand why, because auto-populating contacts seems like a pretty basic usability feature for an app like this.

I also don’t like that I can’t search through texts directly from Hangouts. Instead, it has to be done through Gmail, using the in:chat tag with searches. Then, after finding the conversation, it has to be opened up in Hangouts, because Google doesn’t let you respond to texts through Gmail, even though it lets you search for them there. This also makes me feel like the engineers who created Hangouts fell asleep during User Interfaces 101 and made some pretty obvious usability mistakes.

None of this prevents me from using Hangouts to handle SMS messages. It just makes the process a little less streamlined than I would like as a geek who hates wasting time on tasks (like looking up a contact’s phone number) that are redundant or could be easily automated by a computer.

Your phone choices are limited

I wish that I could use Project Fi with any type of phone. Instead, I can only use it with the phones that Google selects.

Presumably, part of the reason is technical. I assume the phones need to be able to support features that Google Fi uses, and not every phone can. And it would be hard for Google to test Fi on every kind of device.

But since all the phones that Fi supports run Android, and don’t have any particularly special hardware, I strongly suspect that almost any modern Android phone could work with Project Fi. Google probably doesn’t want to allow you to use just any phone, because by restricting your choices, it can promote its own Nexus phones.

Last but not least, to use Project Fi, you have to be comfortable with the fact that it allows Google to collect even more information about you.

Signing up for Fi requires you to have a Google account. If you use that account for email or while browsing the Internet, then Google already knows everything you do online. When you link that account to your cell phone, it also collects your texts, call logs, and so on.

Personally, I am convinced that there’s no such thing as privacy anymore, no matter how you spin it. Other Internet and cell phone providers may not collect personal information as blatantly as Google does, but I’m not convinced they don’t collect it, despite what they might say. And if they don’t, then the CIA probably does.

Basically, I take it as a foregone conclusion that what I do online or on my phone is not going to be private—at least not if there’s anyone out there who has an interest in tracking it for whatever reason.

But if you believe privacy is actually still possible, then maybe you won’t be a huge fan of Project Fi.

Tools for a Modern Ops Team


Set Up Nagios to Monitor Your Infrastructure