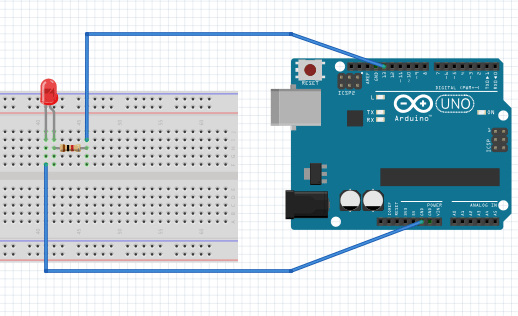 Interacting with the Physical World with Code

Arduino is a generic name used to refer to a range of microcontroller boards originally designed and produced by the company Arduino LLC. Since the design of these boards is open source, they are also produced by several third parties. This post will be based on a specific Arduino board known as the Arduino Uno. This board was chosen for this article because it’s the most popular of the Arduino boards and has tons of information and sample projects to access, making it ideal for taking the first dip into the world of microcontrollers.

What is a microcontroller?

Interacting with the physical world

Even though microcontrollers have highly limited resources as far as computational power and memory, they are able to interact directly with physical elements like sensors and actuators through their peripherals, which can be used for input and output. Limiting a microcontroller’s resources also makes it cheap and minimizes the amount of power it requires. The Arduino Uno, for example, goes for about $20 on the official site and requires only 5 volts to power it. The Arduino Uno has 13 pins for digital input and output and 6 pins for analog input and output. Note that some of the 13 digital pins are capable of analog output because they are capable of pulse wave modulation (PWM). These pins have the ‘~’ symbol next to the pin number. 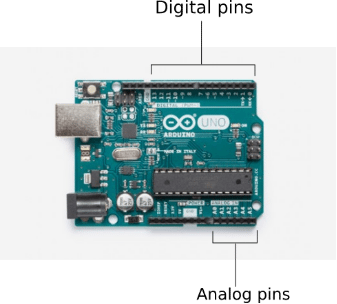 How to use an Arduino

As you may have guessed, Arduinos need to be programmed for use. To make this easy, Arduino provides an Integrated Development Environment (IDE), known as the Arduino IDE, which comes out of the box with tools for programming Arduino boards. As of the time of writing this article, the latest version recommended by the community is version 1.8.5.

This section will show an example of how Arduino programs can be used to turn an LED on and off. This can be done using one of the default examples in the IDE which can blink an LED with the Arduino.

First, connect the LED to pin 13 as shown in the schematic below. The recommended value for the resistor is 1 kilo-ohm.

Then connect the Arduino to your PC via the USB cable. To ensure that the IDE has detected the Arduino, click on Tools, go to the port and click on the option in the sub-menu. Next, select the program (known as a sketch in Arduino terminology) by clicking File -> Basics -> Blink. Finally, click on the compile and upload button (the arrow pointing right) in the top left corner. 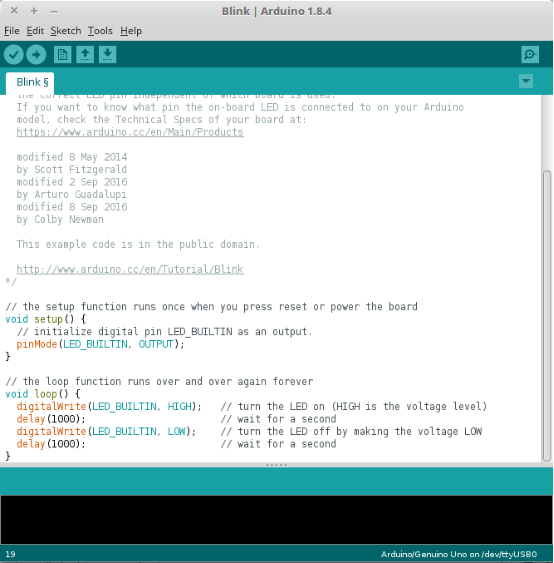 You can also find the code below.

Wait a few seconds for the code to compile and upload. You should see the LED blinking soon after it finishes uploading. Congratulations! You’ve completed your Hello World in Arduino. Feel free to try out other examples to experience the amazing world of Arduino.


Building a Simple Application with RxJS