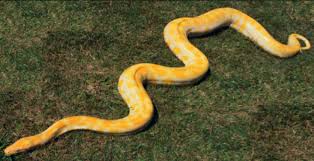 Introduction to Python Virtual Environments: The Hows and Whys

Why you should use virtual environments

The ability to have several installations of virtual environments presents the user with certain advantages, such as:

Keeping track of the packages required for a particular project
Having a single installation of Python means that the packages for each of your projects will be installed in the same location. The ability to have a clean installation where project-specific packages can be found makes it easy to keep track of those packages, and makes it easy for several developers to work on the same project. For example, the packages in a virtual environment can be stored in a file using the following command:

Working with packages that conflict with each other

How to use virtual environments

Next, navigate to your project directory and create a virtual environment by typing

Activate the virtual environment while in your project directory by typing

For Unix based systems. On windows, type

After activating the virtual environment, its name will be seen in the command line prompt, like this:

Finally a virtual environment can be deactivated by typing

Even though using a single installation of Python is usually sufficient, it is advisable to keep packages for different projects separate, especially for the sake of collaboration. The benefits of using virtual environments typically outweigh the overhead of learning to use them and setting them up.