Logisim is free computer software used for digital circuits simulation. It was developed by Carl Burch of Hendrix University (from 2001 to 2011). It was created using JAVA and the Swing graphical user interface library. The Logisim software can be found and downloaded for free through a simple google search.

Familiarizing yourself with the Logisim software interface

The user interface of the Logisim software

Fig. 1 below depicts the various parts of a typical Logisim software interface. 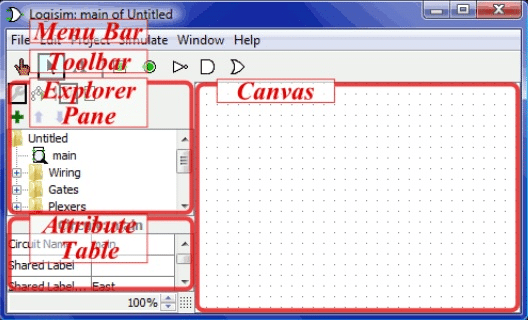 –    The Menu Bar: contains the various instructions that can be executed in the Logisim software.

–    The Toolbar: contains shortcuts to the most commonly used commands in the Logisim software. The table in Fig. 2 below depicts the various commands on the Toolbar and their functions. 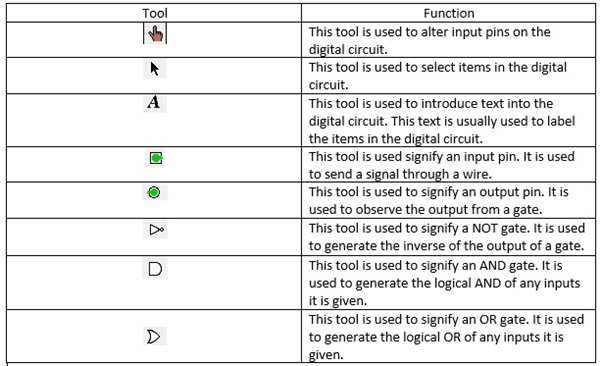 –    The Explorer Pane: contains a list of digital circuit components (such as wiring, gates, multiplexers, etc.) that are available for digital circuit design in Logisim.

Basic information about the different components of a digital circuit

In this article, I will give a brief overview of only the components I would use to construct the digital clock circuits. However, I would advise that to deeply appreciate and understand the various digital circuit components and their functions, that you read up on them using the following link: https://www.studytonight.com/computer-architecture/basics-of-digital-components

Fig. 3 below showcases the various digital circuit components and their functions. 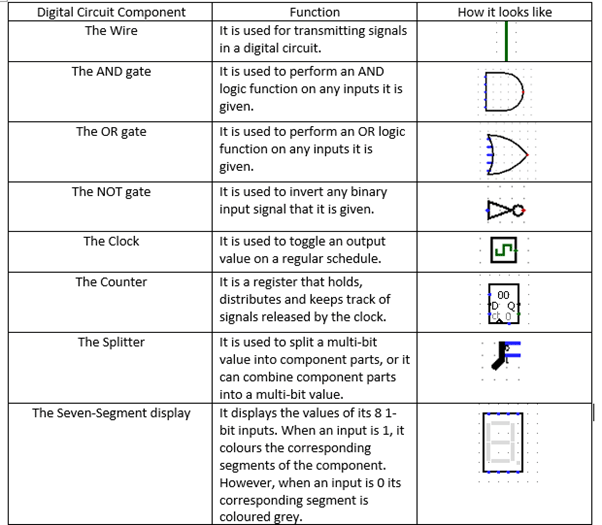 The Seven-Segment display circuit designed for this article operates on a four-bit input signal. Because of this, any number that is to be depicted on a Seven-Segment display is first expressed in terms of four-bit binary digits, and then, the segments of the display associated with this number are lit up. For example, before the number 1 is represented in the digital circuit, it is first represented in its four-bit binary form (which is 0001) and then, the segments in the display which are associated with the number 1 are lit up as displayed in Fig. 6 below:

The Seven-Segment display circuit can be designed by combining the digital circuit components in the Logisim canvas area, as shown below in Fig. 7: 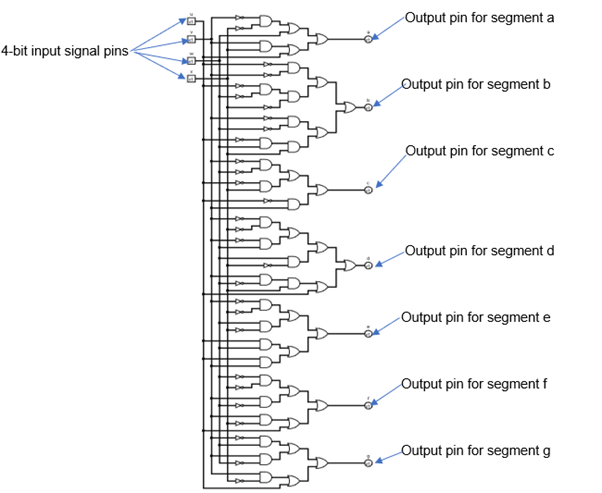 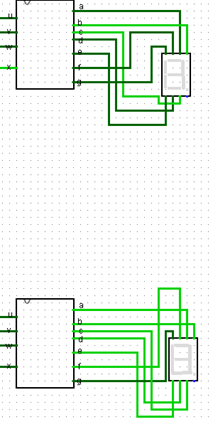 In Fig. 8, both the first and second Seven-Segment displays represent the minute displays of the digital clock.

The next thing to do is to ensure that the counters do not exceed the number 9. This is because the Seven-Segment displays can only showcase numbers from 0 to 9.

The entire digital clock circuit is displayed in Fig. 10 below: 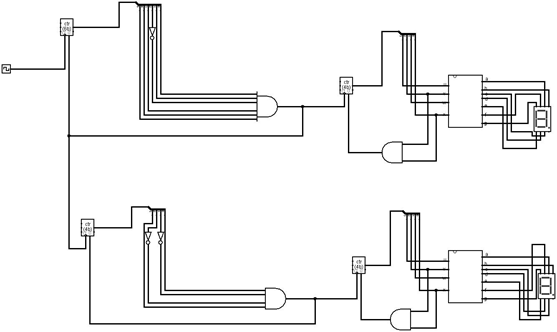 After designing all the required circuits, click Simulate and then Ticks Enabled to watch your clock come to life.

I hope that through this tutorial you have learned a little about electronics and how to use Logisim to make a digital clock.


Dockerfile Best Practices: How to Write Secure and Useful Dockerfiles