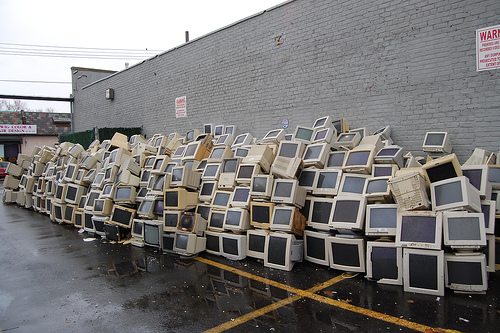 My technical anxiety grows exponentially every time I start a new virtual machine, or install software on an existing one. There is my Mac, running Parallels with 3 virtual machines (VMs), there is my HP laptop that is standing on one leg with 4 VMs, and finally my new Dell Laptop with i7 processor ( bragging ) and 1 virtual machine but slated for 5 more. I don’t know what an average or acceptable number of virtual machines is, but all of mine are necessary and now fairly established. Had I known the computer issues, birth of my new laptop, and number of virtual machines I would create two years ago, I would have planned. But due to my limited psychic abilities I’m stuck with what I have. On some VM’s there is software that will only run on a particular OS, while others are for beating up and testing. What I know is that on all of them I may have to demo from them using Live or GoToMeeting from time to time, and all but one store only throw a way data. Other than this I have no real good policy for managing my virtual machines.

Again had I known, I would have put all my VM’s on one beefy machine, and use appropriate naming conventions to identify them, with pretty little desktop shortcuts. I would also use the same platform, instead of now having MS Virtual Machine, VMWare, AND Parallels. But other than this, I am unaware of any other useful technique to managing many virtual machines.

Here is what some research concluded. First off, there are tools. Great! but they are either operating system specific, such as Linux ( that only helps me with 2 VMs ), platform specific such as VMWare tools, or Enterprise wide level tools, which I’m not. So not much help for me. One method that seems popular is keeping regular snapshots of your virtual machines. This allows you to browse your VM’s like a photo library, the problem with this approach is that you have to remember to create the snapshots. My favorite admin approach I found was VM Explorer tools. These tools look very cool, and easy to use. I can likely afford them as well. Only problem is they are tied again to a platform. And that is when I hit a dead end.

All the above are ideas for managing multiple VMs, backing them up, and identifying which one you want quickly. But none of the above is best practices around how to utilize them. For example, I like my rule, only store throw away data, or data that has a copy on a physical machine. Because I’m so paranoid of backups, the last thing I want to think about is backing up data on multiple virtual machines. Second, I believe, is a naming convention for the VMs that not only indicate the OS but also the use case, for example “ABBYY OCR – WinXP”. Third, is my dream, have all VMs on one physical machine and one platform.

Bottom line is I have some clean-up to-do, which is OK for my sanity. But if anyone else knows of some best practices for managing and utilizing VMs in a single office multi-computer environment, do share.


Getting a random row in MS SQL from large tables