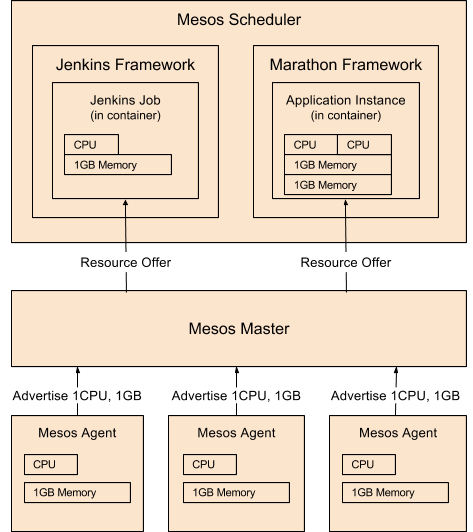 Migrating A QA Lab To Mesos

The environment that hosts your QA lab is critical to a sustainable testing culture. For us at Blackboard, our traditional QA lab (which ran on a single virtual machine) was just not cutting it.

That’s why we started looking for a better way to meet our testing goals. The way forward turned out to be Mesos. Here’s the story of how we converted our QA lab to run on Mesos.

When we first started to look at what we could do with our environments to get faster feedback, we were using a traditional VM (virtual machine). This could only support one Jenkins job at a time, which meant everything was queued. The agent had to be manually installed and maintained, and it needed to re-run all setup steps each time we wanted to execute a job. This alone took around 20 minutes (before we even ran the tests), and was too slow to meet our goals of running on every commit (much less impossible, since we couldn’t support all feature branches).

Mesos and Marathon at a Glance

You may be a visual learner, so this is what some of that looks like in context: 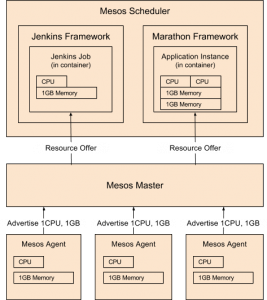 From the QA Lab to Mesos

The benefits of moving from our in-house QA Lab to Mesos were clear to us, and it was time to migrate. We started to containerize everything, and the migration opened up the possibility for per-branch pipelines. We could automatically reprovision our environments (remember, we used to have to manually do this), and now time-consuming steps were only run when there were changes in any of our dependency packages, instead of every time we ran the job. What was 20 minutes went down to five minutes. 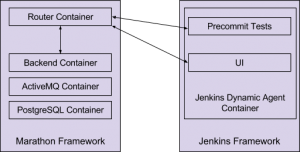 A Glossary for Reference

Here are some terms that have helped me out along the way while I learned about Mesos, that I hope are useful for you, too!


Ashley Hunsberger is a Quality Architect at Blackboard, Inc. and co-founder of Quality Element. Most recently, she has focused on test strategy implementation and training, development process efficiencies, and preaching Test Driven Development to anyone that will listen.