Multithreading is a technique by which several processors can use a single code set at different execution stages. Multithreading is essential because when working on mobile platforms, some expensive operations within this flow either need to be asynchronous or should run on the background threads. We accomplish this process with the use of Isolates.

What is an Isolate

Earlier, we said all dart code runs in an isolate. Thus, we can call it a memory space as one isolate contains memory and an event loop where all the code runs. In layman’s terms, isolate stores things in memory, and when an event happens, it goes into the event loop.

The event loop is a thread that executes the event within our dart application. Unlike other programming languages such as Java and C++, in which multiple threads can use the same memory, this is not the case when it comes to dart. Isolates can not share a memory with another isolate because they are separate and execute logic in their thread.

Since isolates are separate, we can have more than one isolate within our app, and that’s how we can have multithreaded applications using dart. Most apps only need one event loop and one isolate running all of our code simultaneously. Multiple isolates only become necessary when dealing with complex logic that takes time and stops frames from being rendered on the main loop.

There are two ways to create an isolate, and they are listed below:

In a moment, we will create a simple Flutter application to show you how to run two different isolates within the same dart application. 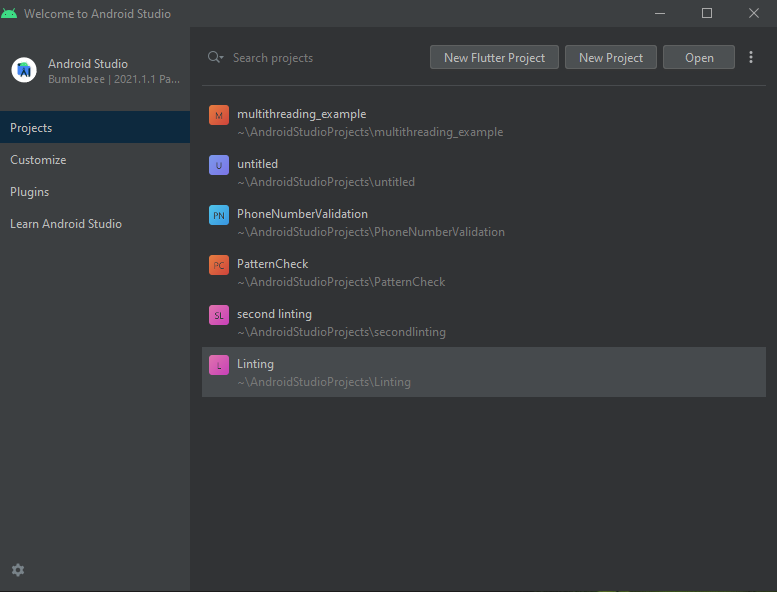 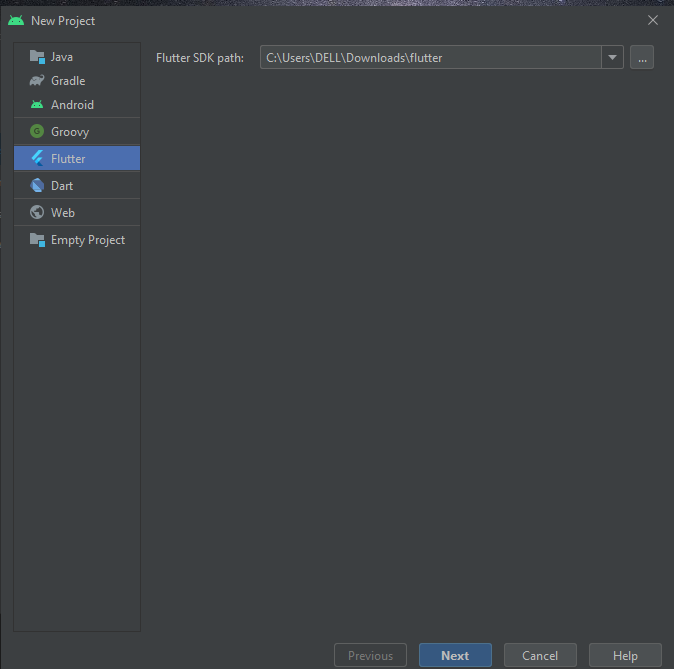 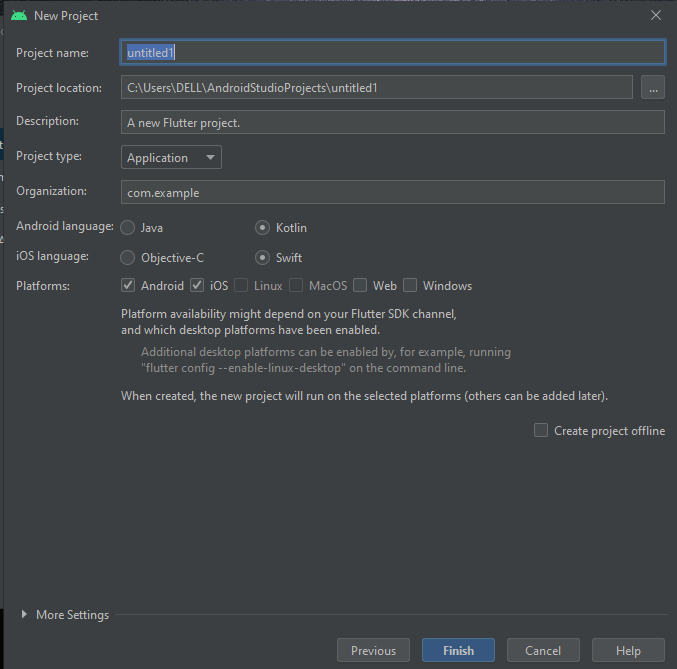 Voila, we have created a new Flutter project.

Following this, Android Studio automatically opens the main.dart file. However, we still need to make some changes to this file, as we will need part of the default counter syntax in Flutter.

Our additions include adding a simple text button at the center of our app and removing the debug banner on our app bar. To do this, we will clear out the previous widget and replace it with the one below:

If we add the debugShowCheckedModeBanner to the MaterialApp class and set it to false, we will remove the debug banner in the app bar’s right-hand corner.

To add an isolate to our Flutter application, we will run our isolate from the initstate function. Then we will add the code Isolate.spawn() to import our dart isolate dependency.

Within the Isolate.spawn() class, we declare two variables, the function we want to run and the parameters we want to pass. Below is what the code looks like:

We will declare the function out of any class since the app is currently running on the primary isolate. Our goal is to create a local count that goes through a “for loop” and increments until it reaches the number in our isolateFunction.

If our count is divisible by a hundred(100), we get a print to show us that it works. Below is an implementation:

Our result from running this code is shown below:

To prove that this is in a different isolate, we will create a breakpoint at the print statement to stop the execution of that isolate. If the increment button still works, then our application is multithreaded.

Now we can do heavy and complex computations within the other isolate, and our primary isolate will be running without stress.

Before proceeding, we need to add another button below the add button to our scaffold widget. To do this, we will create an elevated button with the text Add Isolate and set it to a function runCompute.

Next, we will implement something similar to the isolateFunction, except we want to return an integer from it.

Since the app is currently running on the primary isolate, we should declare the function out of any class.

For our runCompute function, we want it to return us a future.

In this function, we will set the state of _count to await for our computeFunction. We have two variables within the compute class; computeFunction (a function) and 2000 (a parameter). Finally, we will call a setState, and now we can have a background logic that will affect our app.

At face value, our code looks like it is not doing much, but that is not the case. With the compute function, we have a background thread running. How do we know that?

Here is how our app looks at the moment:

We have given you a quick run-through on the use of isolates. You can now go a lot deeper and learn how to control isolates differently and use the send and receive port to share memory between isolates. However, remember that you only need isolates if you are working on complex logic. Happy coding!


Muyiwa Femi-ige is a technical writer who has a knack for putting codes and coding processes into a well documented format.

How to Create a Photo Editor App Using Python


Different Variables and Datatypes in JavaScript