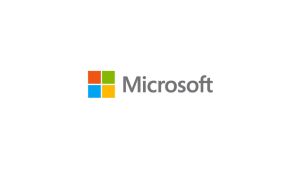 My Path to Microsoft Enlightenment

I defy you to find a more polarizing company in the history of computing. I know that I, personally, have sat on both sides of the Microsoft divide over the years.

Like most kids in the late 90’s, I was introduced to computers through the lens of Microsoft Windows  98. Computer games are what drew me in, followed by the Internet, and finally a deep desire to learn how to code my own applications and websites.

It wasn’t until about 2003 that I truly started to understand what it takes to be a developer. While I tinkered a lot with stuff like Visual Basic, it was Linux that really stole my heart. There was something about the rawness of it all that really drew me in. Windows was great for playing games and writing papers, but Linux made me feel like a “computer guy.” I quickly learned just how powerful of a development platform Linux was. I didn’t need expensive software to become a programmer — All I needed was a strong will to learn (which I had more than enough of).

It didn’t take long for me to start building my own projects. Games, scripts, tools, websites… I went nuts learning how to build it all, and all it cost me was $10 for a thrift store computer. Even when I got to college, all of my computer science labs used Linux instead of Windows. There was very little incentive to own a Windows computer, so I didn’t. Every computer I owned ran Linux.

The Microsoft-free trend continued after college too. My first development job brought with it my first MacBook. I still remember how amazed I was with it. OSX was like Linux, but prettier. It had BASH and everything! At that point, the only interaction I really had with Windows was dealing with Internet Explorer bugs.

It’s been six years since I got that first MacBook, and while I’m still a Linux junkie at heart, I’ve started to come around to Microsoft. In the past few years, the company has made huge strides towards putting out more polished products. I’ve been very impressed with their effort, because it really shows through in things like Azure, Windows 10, and Visual Studio Code.

For the first time in my career, I find myself jealous of my Windows counterparts. As Microsoft continues to improve their product offerings and development tools, they are building a more and more powerful ecosystem that perfectly services not only creators, but consumers as well. And with Microsoft’s recent BASH on Windows, MSSQL on Linux, and open source projects my envy is greener than ever.

Honestly if I could afford a new Windows machine to do my development on, I would buy one in a heartbeat because this is a curve I really want to get ahead of.

6 reasons why we picked Azure, and love it