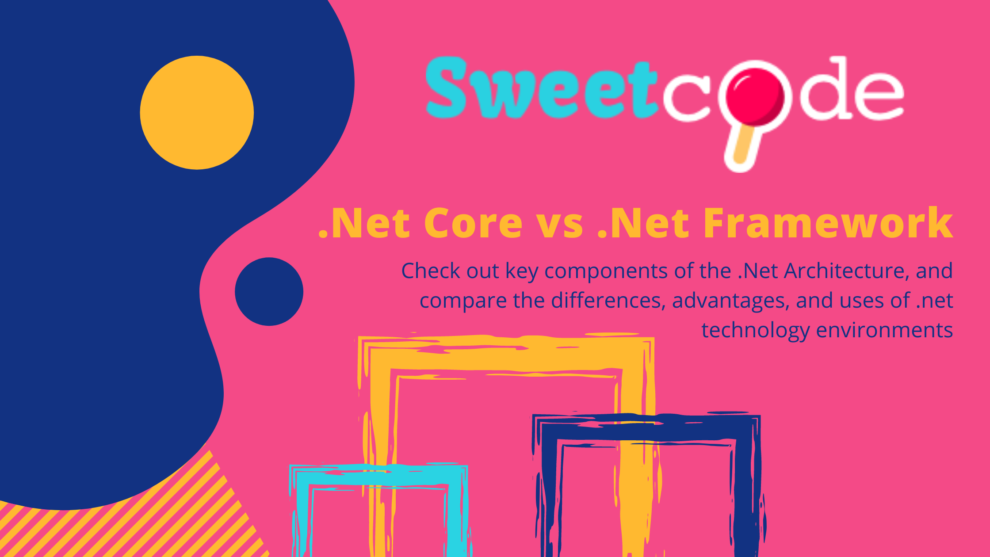 
In IT Infrastructure
.net · framework

In recent years, .NET technology has become more popular among developers across niches and there is increasing demand for developers skilled in this technology. Obviously, .NET technology refers to both .NET Framework and .NET Core. With such growing popularity of the .NET ecosystem for quality web development projects, the timing is right for these two languages.

Ever since it came into existence, .NET Framework has mainly worked on the Windows systems and plays a crucial role by providing language interoperability for mobile devices and across other OS systems like macOS, Linux, and frameworks like Xamarin. On the other hand, .NET Core comes with a standard base that allows utilisation as a standard library across a variety of OS platforms such as Windows, Linux, macOS, and mobile OS platforms.

Before going into the differences between .NET Framework and .NET Core and their respective advantages, let us have a look at the four key components of the .NET architecture:

Let us remember that both .NET Framework and .NET Core are maintained by Microsoft and built on same runtime for developing .NET applications. They share the same API called .NET Standard. 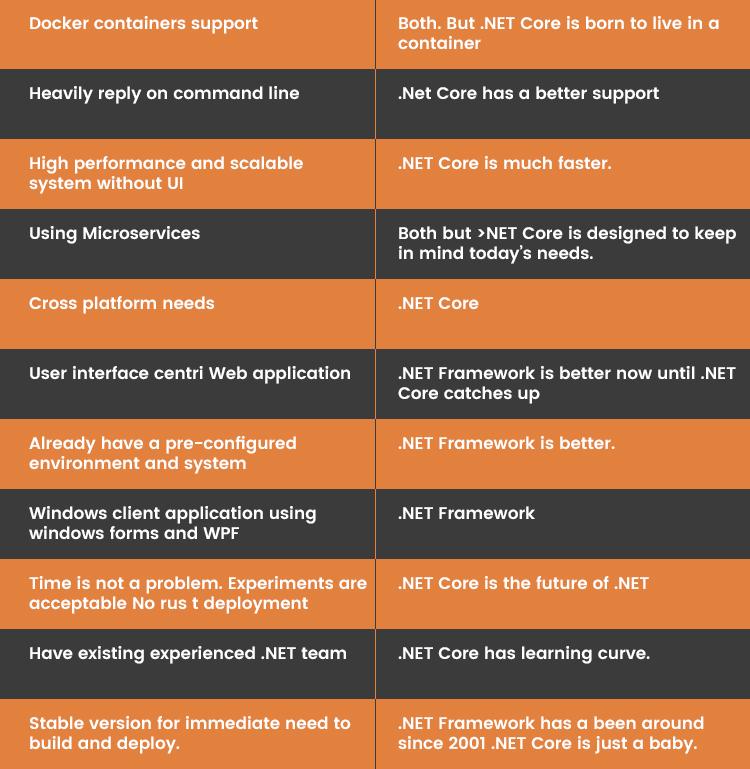 C# is very similar to the other C languages and is a purely object-oriented programming language. Consequently, any developer skilled with and versed on the intricacies of C, will not have a problem working with C#.

On the other hand, F# is a fully equipped cross-platform language. F# is also an object-oriented programming language and is easier to adopt by developers who have some prior experience working with C languages.

Visual Basic is another key framework that comes packed with the .NET Framework, along with limited support for .NET Core and .NET Core 2.0.

Key Advantages of the .NET Framework 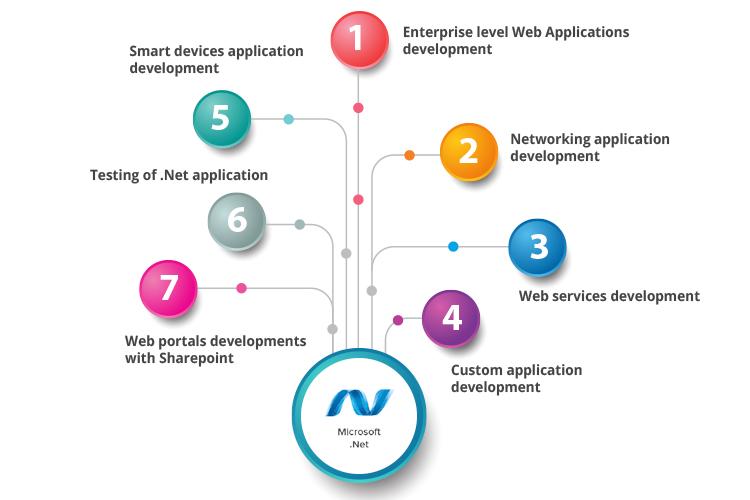 Now, let us concentrate on the key benefits of the .NET Framework. Suppose as a .NET developer you are running short of time and have to develop an app quickly. In that case .NET Framework should be your ideal choice. Keep in mind, however, that .NET Core comes with an ascending learning curve. 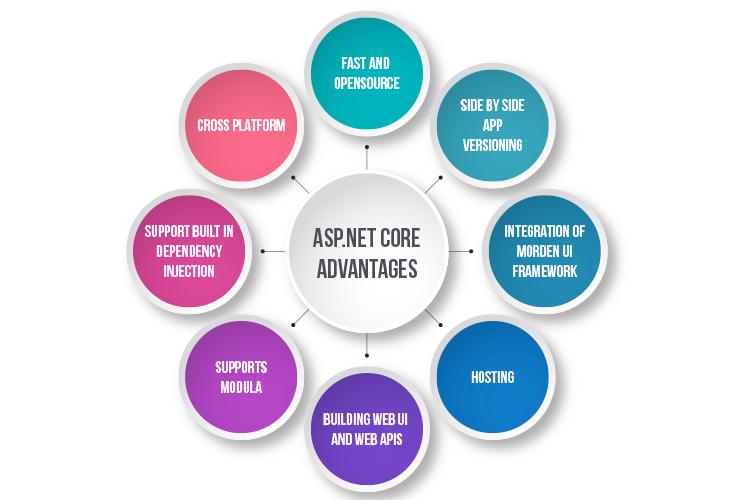 In spite of the higher learning curve, .NET Core comes with an array of advantages for developers and projects. In any case, for building a new application .NET Core is the ideal technology option. Microsoft latest .NET Core update is called .NET Core v 3.0, and is a much advanced version of the earlier .NET Core. If you want to be well-equipped with a future-ready technology, .NET Core is ideal.

WPF and Windows Forms have the support of .NET 3.0. The new .NET Core 3.0 comes with extensive support for cross development of apps utilising UWP, WPF, and Windows Forms. This boosts the flexibility and ease of incorporating modern interfaces like that of UWP right into the Windows Forms and WPF.

When it comes to cross-platform development needs, .NET Core is a much more appropriate technology. The best thing is the apps built with .NET Core are supported on multiple OS platforms including Windows, Linux, and macOS. .NET Core developers can also utilise the open source code editor of Microsoft called Visual Studio (VS) code, which is supported across all leading OS systems such as Windows, Linux and macOS. VS Code is preferred by developers and code editors particularly because of the latest editing tools such as IntelliSense and debugging. Apart from this, a plethora of third-party code editors like Sublime, Emacs, and VI, supports .NET Core.

.NET Core is ideal for building highly sophisticated and future-ready applications for other reasons as well. .NET Core supports Microservices architecture and a wide array of cross-platform services built with .NET Framework, Java, Ruby and some other languages.

Last but not least of all the advantages for which .NET Core is recognized by modern developers is its lightweight architecture, modularity, and unmatched flexibility. These qualities make it very easy to deploy the .NET Core apps in containers.

When to choose .NET Core?

Now that we have a clear idea about the core advantages of .NET Framework and .NET Core, we need to understand for which development tasks they are ideal. Here are the key scenarios where .NET Core is as an ideal technology.

When to choose .NET Framework?

Let us explain some scenarios and contexts where .NET Framework is the ideal choice.

.NET Core is a more powerful and well-equipped technology that is not yet ready for all use cases and scenarios of development. On the other hand, .NET Framework as the existing and most popular framework has a larger presence across a multitude of apps.  It is up to your specific development needs to decide on which of these two .NET technologies is best for you.

Bio: Atman Rathod is the Co-founder at CMARIX TechnoLabs Pvt. Ltd., a leading ASP.NET development company with 13+ years of experience. He loves to write about technology, startups, entrepreneurship and business. His creative abilities, academic track record and leadership skills made him one of the key industry influencers, as well.


Atman Rathod is the Co-founder at CMARIX TechnoLabs Pvt. Ltd., a leading ASP.NET development company with 13+ years of experience. He loves to write about technology, startups, entrepreneurship and business. His creative abilities, academic track record and leadership skills made him one of the key industry influencers as well.

The “IT Security Team” Is a Myth


What Does Kubernetes Mean for Software Testing?