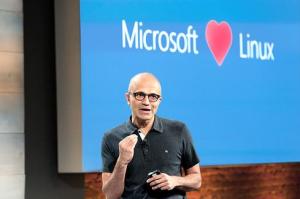 A new home for MSSQL

You have seen Microsoft talk about support for the Linux platform, and Open Source. For many Linux diehards, the news seems suspicious or downright scary. But now there is no denying MS support for alternate platforms with the recent announcement of MSSQL on Linux.

Many would argue that the marriage of MSSQL and Linux is really taking the best from both worlds, platform and backend. You cannot argue the dominance of Linux in the hybrid and public cloud, as well as Enterprise application development. And MSSQL has been a favorite backend for business applications, but has not yet been able to demonstrate its power in the broader application development world.

I was at a Microsoft partner event a few weeks ago, and it was the first time I heard the news. The sentiment was clear. Everyone I talked to was excited about the release and impact it could have for their businesses and customers. The enthusiasm from those strictly tied to the Microsoft Stack was especially surprising.

As these businesses start adopting cloud infrastructure, many of which are moving with Azure, they are excited to leverage open source software without leaving the backends they know so well. And it goes beyond users. It also allows partners of both stacks to provide a greater value to their businesses, customers, and end users.

This announcement is indeed a major shift from Microsoft’s traditional approach to Linux, yet it appears to be another step in Microsoft’s warming relations to Linux. Microsoft has gone from a company that has threatened legal action against companies leveraging the Open Source ecosystem to building their Azure cloud on an open foundation. In 2009, a partnership with Red Hat was announced for cross-platform compatibility. Then, in 2012, not only did Microsoft announce further support for the Linux ecosystem, but also, in subsequent years, it was revealed that the Azure cloud was powered by Linux. As it becomes ever-evident that MSSQL 2016 powered by Linux is a pivotal step in Microsoft’s adoption of open source, it is also clear that MSSQL 2016 brings added value and flexibility to users in the Linux ecosystem. Although some in the open source community would consider this heresy, users and companies are signing up on a huge scale to be a part of this shift.

According to Takeshi Numoto, Microsoft’s Corporate VP of Cloud and Enterprise, approximately 8,000 businesses have already signed up to try SQL Server 2016 on the open source OS (approximately a quarter of which represent a presence in the Fortune 500).

The Target -> Enterprise and Cloud

Linux dominates enterprise and cloud. Enterprise-proven MSSQL and Linux illustrate Microsoft’s goal to take Enterprise market share away from Oracle. Amazon has also made it public that they are targeting a growing number of frustrated customers leveraging Oracle. Yet this “battle over enterprise” is analogous with the “battle over cloud” as Amazon and Microsoft are the major players. Amazon has controlled market dominance, not only by being the earliest adopter of cloud services and IaaS but by heavily investing into their computing power to the tune of 14 times that of their competitors, according to Gartner. Yet, Microsoft also has statistics showing the steady growth in all aspects of their cloud, including the addition of over 10,000 new customers a week, with 25% of their cloud being powered by Linux. With MSSQL 2016 on Linux, Microsoft is gaining a strategic victory on both battlefronts. Whomever wins the battle, it is evident that Microsoft’s ever-increasing “openness” to open source is necessary to compete.

It is evident that the old great walls that closed in the world of Microsoft and the world of open source continue to erode. Some see this latest open source adoption by Microsoft as a weakness versus a strength. Some believe that this shift in Microsoft strategy suggests Microsoft is losing sight of their self-directed perspective. Either way, the end result of this integration is better for the consumer. In this new world of the Microsoft technology stack, technologists across the spectrum will be able to take advantage of two proven systems, and it appears that we should expect more announcements to come.


Repositories Are at the Center of Development and Production