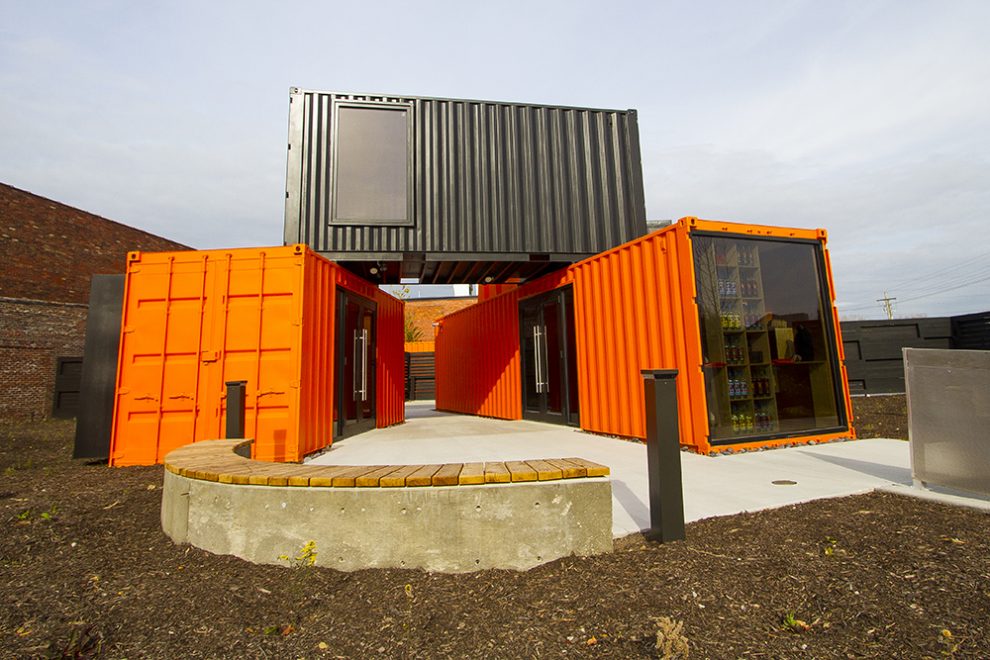 
In IT Infrastructure
container · oracle

Oracle has always been associated with enterprise software that costs a bomb to buy, and an arm and a leg to use. Open source containers are definitely not something we would have expected Oracle (or even Microsoft for that matter) to be supportive of, but the choice was either get on or get left behind. Ever since the decision, however, Oracle has definitely been pulling its weight and doing everything it can to bring the “Oracle” to containers.

Oracle was originally dismissive toward cloud technology, but starting with the StackEngine Acquisition, Oracle has been trying hard to build “enterprise containers.” With regards to StackEngine, however, we really haven’t heard a lot about it since Oracle declared support for Kubernetes a few months ago and also partnered with CoreOS to bring container Linux to Oracle Cloud Infrastructure.

Oracle has also created what it’s referring to as “microcontainers,” which are containers with no filesystem timestamps or special capabilities, and a trio of new tools that use these new microcontainers. If you haven’t come across Oracle’s latest set of app dev tools for containers, it’s essentially a three-piece train set with an engine, a “secure” luggage compartment and a guard van.

They’re called Railcar, Smith, and Crash Cart, and while Railcar looks to replace RunC as a container engine, Smith builds secure containers, and Crash Cart is a debugging tool. It may look presumptuous for Oracle to say Railcar is better than RunC because it’s written in Rust, but we have to take into account that Oracle knows what it takes to serve Fortune 500 companies.

The benefits of using Rust over Go, according to Oracle Cloud Development Architect Vish (Ishaya) Abrams, is that Rust is a “memory safe” programming language that has an edge over Go with regards to both security and performance. This is because unlike Go that uses Garbage Collection (GC), Rust safely allows for manual memory management. Additionally, Rust has zero-overhead abstractions which make it a much better match for deployment on minimalist systems like containers.

A number of really smart acquisitions are also helping Oracle make up for lost time, like buying the Israeli software-defined networking solution called Ravello in February last year. This was a really smart move because it gives customers a straightforward way to extend their data centers to Oracle Cloud. This “lift and shift” method is quite popular among big enterprises that are just not ready to restructure their apps, but would still like the savings that public clouds offer. Ravello is now called Oracle Ravello Cloud Service, and lets you migrate VMware applications to the cloud in a few easy steps.

Wercker and the Bare Metal Cloud

Another great acquisition was Netherlands-based Wercker, which specializes in Docker and Kubernetes management tools. This acquisition gave Oracle the much-needed CI/CD weapon to complete its arsenal for the modern software developer and prove that it could ensure environment consistency across dev, testing and deployment. Wercker makes it possible to quickly create and manage containers to test code, and also comes with a host of other management and automation features that Oracle is now adding to its cloud offerings.

The decision to go bare metal definitely won back some credibility for Oracle, and held the implication that there is some ingenuity and fight left in the software giant. Everyone probably expected an AWS-like hypervisor approach, but Oracle did something different and unique for a change, and built Bare Metal Cloud, an Infrastructure as a Service platform (compute, storage, and networking).

Oracle’s Object Storage Service is a regional service that isn’t tied to any specific compute instance, and lets you access data from anywhere as long as you have access to the API endpoint. Additionally, the Oracle Bare Metal Cloud Object Storage Service is ideal for very large amounts of data (like Big Data) and lets users securely store or retrieve with a simple REST-based storage management interface.

In a much more recent development, Oracle announced that Oracle Exadata Cloud is now available on Oracle’s next-generation cloud. Oracle Exadata is, according to Oracle, at least, the best performing on-premises and public cloud database platform available today, and the fact that it’s now merged with Oracle Cloud’s unique bare metal services implies a significant boost in both performance and availability.

Before the Exadata Cloud update, Oracle’s was already the only public cloud to offer automated provisioning of multiple bare metal servers in less than five minutes, with each server supporting over 4 million IOPS, and block storage that scales by 60 IOPS per GB. The addition of Exadata Cloud and the fact that bare metal significantly outperforms VMs in high I/O use cases takes things up a notch, and with this new combination of performance and availability, Oracle may just have found that redemption they’ve been so desperately looking for.

While Oracle has always focused on the Fortune 500 banks, insurance and pharma companies that are generally governed by stricter regulations, the new container strategy also says that Oracle is now willing to serve the common folk. Liam Nolan, VP of Cloud Applications Development at Oracle, was quoted saying, “our entry point is getting smaller and smaller by the month”—and moving applications to the cloud without the cost or re-architecture is something that all sizes of businesses are going to be interested in.

Complete compatibility with Oracle Databases deployed on-premises doesn’t hurt either, especially when you’re trying to convince your customers that the journey to the cloud is going to be without incident. In conclusion, Oracle is definitely “all-in” on containers and cloud technology, and the fact that they’re broadening their user group is definitely good news for developers. We’re hoping, however, that Oracle maintains this new open world and doesn’t fall back on its old ways and strange licensing decisions, especially since it has so much to offer in terms of making containers truly enterprise ready.