In this article, we’ll see what it takes to create and configure an action group in Azure — not in the portal, but with PowerShell!

To get started, you’ll first need to log into your Azure portal and go to Monitor –> Alerts. Notice we have the option to manage action groups here. You’ll also see that we already have one action group set up.

You’ll notice that we’ve already got one action group set up.

We could go to Add action group at the top and create a new action group, but for this example, I’m going to do it in PowerShell. So if we go over to our PowerShell code, the first thing we need to do is make sure we’re connected to Azure by running: Connect-AzureRmAccount.

Next, if we run the Get-AzureRMActionGroup command below, we’ll see that it lists the name of the action group that we’ve already created. 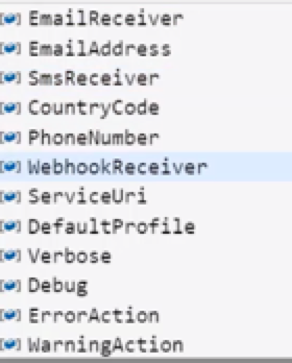 We could choose any of these, but for this example, I’m going to select EmailReceiver.

Next, I’d like to set up a notification to Frank’s SMS as well. For this example, I will do this by making the receiver an SMS receiver and give it the CountryCode and a PhoneNumber for the SMS to be sent out.

Once we have these two variables, we can then use the Set-AzureRmActionGroup command to create the new action group. To do this, we need to give it a name. I’m going to call it Notifyfrank. We then need to give it a resource group and a short name. Finally, we feed it the two receivers that we created earlier.

If we then run Get-AzureRmActionGroup, we should see that we now have two action groups created.

And if we go back to the Azure console and refresh it, we now have our new action group called NotifyFrank.

That’s all there is to creating action groups in Azure with PowerShell!


Matt is a freelance system administrator with 20 years experience in IT. His focus is mainly on PowerShell, automation and Azure Infrastructure. He's always had a fascination for anything techie and love learning and sharing that knowledge.