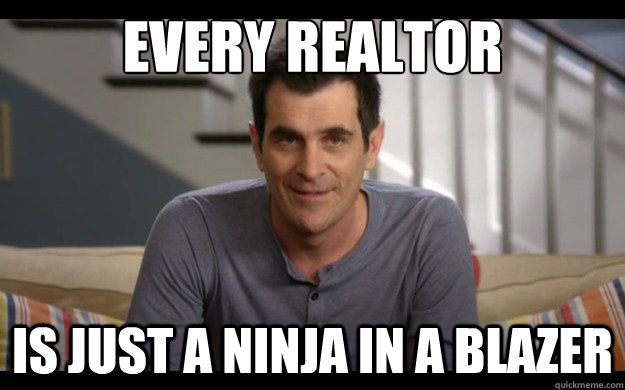 Realtors and Closed Source Software: What They Have in Common

What do Realtors have to do with closed source software? The answer may seem to be “basically nothing.” After all, the real estate market and software development are about as far apart as any two industries can get.

Yet as I was placing my house on the market recently, and reflecting upon my experience buying homes with Realtors, I began thinking how Realtors operate according to a strategy and philosophy that are similar to the ones behind closed source software.

Consider the following practices, which are common to both Realtors and closed source software projects…

In the same way, Realtors thrive on private information. Access to local real estate listing databases is a closely guarded secret. So is data on recent local sales. “Users” (which means home buyers and sellers) don’t get to access this information openly and freely; they are only allowed to see as much as their Realtor allows them to. (Yes, they could also try to glean information from real estate websites like Zillow or Trulia, which provide access to some useful data, but they are usually not as up-to-date or complete as the information the Realtors have.)

Closed source software usually costs money. It’s more expensive than open source code, which is generally free of cost. But closed source companies contend that they deliver better overall value by providing software that is easier to use. Total cost of ownership (TCO), they say, is lower because fewer staff hours are required to set up or maintain the software.

Similarly, Realtors charge commissions, which you would not have to pay if you sold your house yourself. (This applies to buyers, too: If you buy a house without an agent, the lack of commissions would likely translate into savings for you, since the sellers could offer the house at a lower price if they don’t have to pay agent commissions.) But Realtors argue that home buyers and sellers who use agents end up with better value in the end. One frequently cited figure, for instance, says that people who sell homes with a Realtor make sixteen percent more money than those who represent themselves.

Of course, you could question the claims of both closed source companies and Realtors in this respect on the grounds that the offerings to which they compare themselves are hard to quantify reliably. It’s difficult to say that closed source software is more or less cost efficient than open source because there are few concrete statistics on how much it costs to use open source software; indeed, with many open source platforms, it’s hard even to get a ballpark figure on the number of users, since no one has to register to download or run the software.

Similarly, the claim that houses sell for more money when you use a Realtor is a bit questionable. Many non-Realtor sales are likely to be transactions between parties that know one another, and those parties may not buy and sell at market-value rates. For example, if you want to sell your house to your kids, there’s a decent chance you’ll do it without a Realtor in order to save everyone money. And you might also sell to your kids at a discount because, well, they’re your kids. This means for-sale-by-owner transactions are likelier to be below market value, and can’t be fairly compared to “arms-length” transactions where sellers are represented by a Realtor.

They lock you in

In most cases, once you sign a contract to be represented as a buyer or seller by a Realtor, you’re locked in with that agent for the next six months or so (or whatever period your contract specifies). You can’t easily decide that you don’t like the agent and choose a new one in his or her place. You’re locked in.

Closed source software platforms often work in a similar way. True, they’re a bit different in the sense that closed source companies don’t normally require you to sign a contract saying you won’t use a competitor’s product. (Actually, I have never heard of that happening at all.) But the software itself is often designed in a way that makes migration difficult. If you’re currently running your infrastructure on Microsoft Hyper-V virtual servers with Windows hosts, for example, migrating everything to KVM and Linux is no simple affair.

Should you use a Realtor or closed source software?

If you’ve read this far, you’ve probably gotten the sense that I’m a little biased in favor of open source software, and that I think Realtors may not generally be worth their commissions.

But let me be clear that that’s not absolutely the case. Sometimes, closed source software is better. That’s especially true if your team doesn’t have the in-house expertise to handle the rougher edges that sometimes (but not always) come with open source platforms.

In a similar vein, if you have never before bought or sold a home, you should probably get a Realtor to help you. It’s a complicated process and there are lots of easy ways to screw it up if you don’t have any experience.

On the other hand, if you already have deep technical expertise on your team, you may well find better value in using open source software. You’ll avoid licensing fees and subscriptions, and you’ll be able to work around problems that come up with the product.
In the same way, if you have lots of experience buying and selling houses — and enough free time to be able to do the legwork required to manage a sale on your own — you could save yourself a fairly big chunk of cash by forgoing a Realtor.

Secure Your Network with Pfsense Firewall


No One Is Reading