All posts tagged in: aiops

New CA study shows consumer spending has declined because of diminishing trust. Trust is the currency of the digital economy – according ..

How voice technology is changing our world

The progress we are making toward ambient assistance and VSO with Siri, Alexa, Cortana, and more Today, almost every person with a laptop ..

Software Defined Networking Shouldn’t Be As Scary As it Seems

With the popularity of software defined networking (SDN), today’s data centers are increasingly becoming home to hidden entities: the LPAR, ..

How to Monitor Cisco SD-WAN with CA Network Monitoring Tools

If you were wondering if software defined networking (SDN) was really a driving force yet in the industry – Cisco recently announced that ..

Zero-downtime Deployment in Kubernetes with Jenkins

Ever since we added the Kubernetes Continuous Deploy and Azure Container Service plugins to the Jenkins update center, “How do I create ..

There are many ways to improve application availability. You can add more infrastructure in order to provide more resources to power your ..

Smart contracts are an upcoming trend in the area of Blockchain technology. And DevOps is an interesting use case for them. DevOps teams ..

You’ve heard of Artificial Intelligence (AI). The term has been around since Allen Newell, Herbert A. Simon, and Cliff Shaw wrote ..

Active-Active Environments in a Cloudy World 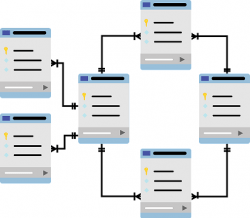 Schema Changes in DevOps: Including Your Database in your Development Model

One of the main benefits of instituting a DevOps culture is an increase in the speed at which application changes are deployed. This is achieved ..

2 years ago
0
3361
‹ Newer Entries
Older Entries ›
Menu
We use cookies to ensure we keep the site Sweet, and improve your experience. Continued use of the site confirms you are aware and accept.AcceptPrivacy policy