All posts tagged in: sauce labs

What The Cloud-Native Developer Needs to Know About Quality

How do you manage software quality in today’s age of dynamic, complex, cloud-native applications? Part of the answer lies in adopting ..

If you’re not already developing for mobile, you probably will be soon. And in any case, it’s a good idea to ensure that your ..

To build a culture of quality excellence in your organization, every member must be accountable for the quality of the product from the intake ..

Who’s responsible for application security? In a world where DevSecOps is on its way to becoming standard practice, major elements ..

Making the Case for Functional Testing and Test Automation

In the software space, every CTO knows why they should invest time and money into new product development.  The benefits are obvious: new features ..

The What and Why of Low-Code Application Testing

Low-code app frameworks (meaning those that let developers write an app with minimal original coding) reduce the amount of time and programming ..

At first glance, QA teams may not appear to have much of a role to play in DevOps adoption. After all, DevOps (at least in the narrow, traditional ..

It’s our responsibility as quality ambassadors to get developers to think holistically – from a user perspective, as well as positive ..

Building a Strategy for Continuous Testing in Mobile

Writing code for both mobile and web apps is pretty much a similar process in terms of the logic, programming language, and architecture ..

How AI Is Changing Test Automation

With the adoption of agile methodology, companies are churning out new products like never before. This means that products need to be built, ..

Intro to Contract Testing and Getting Started With Postman

Containerization and microservices bring new challenges to software testers, and especially to integration testers. Software systems are getting .. 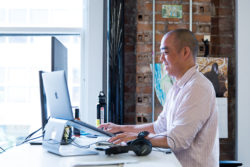 Software testing is not an island on its own. It is influenced by changes and advancements in the technology landscape, and testing itself ..

The role quality plays in defining a service-level agreement (SLA) for software testing is crucial. It’s well-known in the software ..

How Much Test Coverage Is Enough?

In a perfect world, QA teams would test their applications on every possible browser/OS combination in existence. In the real world, given ..

The State of Test-Driven Development

While most developers have heard of test-driven development, some developers don’t understand how to implement this development methodology ..

What’s Next in Test Automation

There is a tendency for techies to always be looking to the next new shiny object. I’m no different. But this time when looking into the future ..

How to Shift Testing “Left” and “Right” at the Same Time

In a certain sense, there is a paradox inherent in software testing within a DevOps organization. On the one hand, DevOps emphasizes the importance ..

5 Barriers to Automated Testing and How to Overcome Them

Get Your C-Suite to Care About Quality

The technical details of building automation and implementing better application quality practices are not always the most difficult aspects ..

Why Selenium Is My Favorite Test Automation Framework

The move to DevOps and Agile development practices has ushered in an era where automated application testing is all but required. This development ..